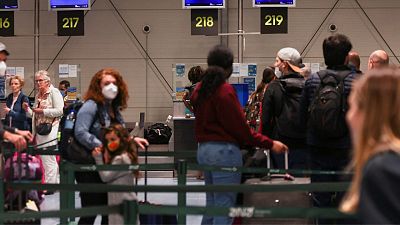 Travellers to Portugal could face chaos and cancellations as workers at ten of the country’s airports threaten to strike.

Civil aviation workers from two Portuguese unions plan to walk out from August 19 to August 21.

If it goes ahead, the disruption will impact all airports controlled by ANA - the country’s largest conglomerate operator - including Lisbon, Porto, and Faro.

"Only by doing this (strike) we will be able to achieve what the company has been lacking for a long time: social stability, respect for workers' rights and, fundamentally, for people," the unions said.

They have also requested that the operator - and its French owner company Vinci - “urgently” prioritise worker safety.

Will travel in Portugal be disrupted by strikes?

The proposed strike on August 19-21 will hit airports on one of the busiest weekends in the year, as holidaymakers flock to Portugal for summer.

The ANA operates ten airports in the country, including Lisbon, Porto, Faro, Madeira, Ponta Delgada, Horta, Santa Maria, Flores, and Beja. Faro airport is the gateway to the Algarve, one of Portugal’s most popular holiday spots.

The airports are already busy, with passenger numbers in the first four months of 2022 up 500 per cent compared to the same period last year.

Negotiations to prevent the strike are ongoing, ANA said in a statement.

Why are Portugal’s aviation staff striking?

Portuguese unions are demanding that ANA increase the salaries of their members, “taking into account its results and inflation.”

The unions also urged the operator to take action on staff safety by hiring more workers.

They warn that a surge in passenger numbers at the airport - combined with staff shortages - puts cabin crew and ground staff at risk of abuse by frustrated passengers.

“(ANA must) take urgent measures to hire the shortage of human resources” they claimed.

Where else in Europe are air staff striking?

The Portugal strike is the latest in a series of walk-outs to hit European airports this summer, in the midst of soaring passenger numbers.

In Spain, Ryanair cabin crew have threatened to walk out for four days a week for the next five months.

EasyJet pilots in Spain have just announced that they will walk out for nine days this month over pay and working conditions. Staff had previously called off a three day strike planned for the end of July.

British Airways staff at Heathrow threatened to strike in July, but called it off after BA made a “vastly improved” pay offer, the UK’s Unite Union said.

Over the last few months, workers in Italy, France, Germany, and the Netherlands have also taken part in industrial action.