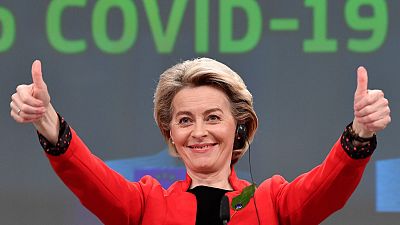 Brexit has changed much about the way Britons travel in Europe, from passport validity to the amount of snacks you can pack.

UK citizens no longer have a guarantee of entry to EU countries, and a relatively easy passage has been replaced by a tangle of rules after the official breakaway in December 2020.

But one change that did not take effect overnight is Brits’ right to use their European Health Insurance Card (EHIC), which ensures state-provided healthcare in EU countries.

The UK’s Foreign Commonwealth and Development Office (FCDO) reminded holidaymakers of this last week, in a tweet urging people to pack a valid EHIC or new GHIC - the UK’s Global Health Insurance Card - before setting off.

Since EHIC cards last up to five years, Brits who renewed theirs just before 2020 still have a couple more years to enjoy the benefits.

So if you’ve already consigned yours to a junk drawer, here’s what you need to know about this handy card - and what’s replacing it.

Who can still use the EHIC?

“If you have a UK European Health Insurance Card (EHIC), it will be valid until the expiry date on the card. Once it expires, you’ll need to apply for a GHIC to replace it,” the UK government says.

Since 2020, new EHIC cards are now only issued to UK nationals covered by the Withdrawal Agreement, including EU nationals living in the UK, UK students studying in the EU, and some British pensioners who live in the EU. All of these groups must have moved before January 2021.

The Schengen countries of Norway, Iceland and Liechtenstein ended the reciprocal healthcare arrangement immediately, however.

Some 5.6 million EHIC cards are set to expire this year. And according to a recent report from travel insurance company Direct Line, the majority of Brits will be unclear about what to do next.

Two-thirds of UK citizens do not have either a valid EHIC or a GHIC.

In April, it found that two-thirds of UK citizens - around 32 million people - do not have either a valid EHIC or a GHIC. While three quarters of the population are unsure about what health insurance cards cover when travelling abroad.

“We hope this year could finally see us return to holidaying abroad without the burden of restrictions, but it’s worrying to see the GHIC gap is growing, so we urge anyone travelling overseas to make sure they, and their family, have all got one before their trip,” commented Direct Line travel insurance head Tom Bishop.

Those with dual nationality - owning a British and Irish passport, for example - are not normally eligible for a new UK EHIC, the NHS explains. Exceptions to this rule are those who hold British citizenship through naturalisation, or were a citizen of an EU country before also becoming a British national.

How can you get the GHIC?

For UK nationals living in the UK, there’s little difference between the two cards. The GHIC is free to order through the NHS, which warns of dodgy websites charging people fees to apply.

Despite being called ‘global’, the new card currently only works within the EU - though there was initial talk of it extending to nations with existing reciprocal agreements, including Australia and New Zealand.

As with the EHIC, Brits can use the GHIC to access ‘medically necessary’ state-provided healthcare when visiting one of the 27 EU countries or Switzerland. That means treatment that can’t wait - whether it’s unexpected trips to A&E, or routine medical care for pre-existing conditions.

Not all state healthcare is free within the EU, the NHS notes, so you may have to pay for treatment that would normally be free in the UK.

And - as the government makes clear - the cards are not a replacement for travel insurance, as they don’t cover situations like mountain rescue, as well as other general blows to your holiday.

Everywhere in Europe that travel strikes are planned in December

Here’s why you should visit Rodrigues

One dead after Antarctic cruise ship hit by ‘rogue wave’