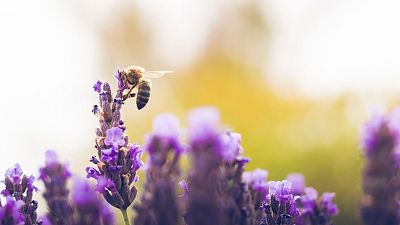 Bees are crucial for life on our planet - but populations are in decline.

Everyone has a part to play in saving these fuzzy flying insects, including the world’s luxury hotels.

In honour of world bee day, here is how some of the world’s most sought after destinations are welcoming bees as their newest - and most important - guests.

Located in the heart of San Francisco, the Cliff Royal Sonesta Hotel proves that bees can thrive in a buzzing urban metropolis.

It’s crucial for biodiversity in a city where bee populations declined 23 per cent in the 15 years up to 2018.

“Maybe we can just do one little thing as hoteliers to help people appreciate that nature is important,” says Michael Pace, General Manager of the Clift Royal Sonesta.

“And if you want to eat fresh fruits and veggies, you need bees.”

The bees don’t live rent-free, however: their fresh honey is used in some of the hotel’s signature dishes.

Want to try bee-keeping yourself? Castelfalfi - a five star resort in the heart of peaceful Tuscany - lets you do just that.

The hotel recently welcomed 20 colonies of bees to 1,100 hectares of rolling hills.

The fertilisers used on the resort farm are strictly natural, ensuring the new six-legged guests aren’t harmed by pesticides or chemical treatments. The neonicotinoids found in pesticides impact a bees' learning and their ability to forage.

The Royal Lancaster debuted its bee farm back in 2009, installing five hives on the roof of its central London hotel.

Today the farm consists of over 10 hives, housing more than half a million bees.

Guests can eat directly from the honeycomb or even buy a candle that is made from leftover wax.

Look out for the signature citrus taste: the bees source their nectar in the nearby Hyde park, where many lime trees grow.

Hotels aren’t just for humans. To help bee populations worldwide, the Fladgate Partnership - one of the largest port wine houses in the world - will open six 'insect hotels' around the Portuguese village of Pinhão.

‘Bee hotels’ provide much-needed shelter for ‘solitary bees.’ Unlike bumblebees and honey bees, who live in colonies, roughly 80 species of bee live alone, and can be vulnerable.

At the ‘insect hotels’, bees and other insects can expect an abundant breakfast buffet from surrounding plants and grasses, as well as 360 degree views from the upper floors.

The Fladgate Partnership expects that the new ‘insect hotels’ will have ''a high level of occupancy from the start''.

Old airplanes are being upcycled into bags, keychains and restaurants

Remote working on the cheap: 5 winning hostels for digital nomads