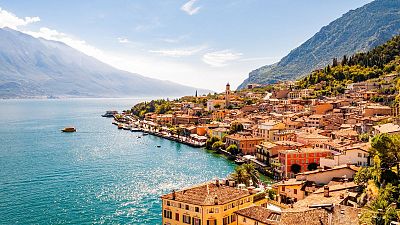 Digital nomads will finally have a place in Italy, lawmakers have confirmed after months of speculation.

The new visa for remote workers was approved and signed into law on 28 March, ending concerns that it was cut from a draft of the decree seen in January.

The news has, understandably, caused a buzz among the growing ranks of professionals who have untethered themselves from office-based jobs during the pandemic. Where better to balance life online with getting out onto the gorgeous piazzas, hills or azure coasts of Italy?

This new permit is specifically designed for non-EU ‘nomadi digitali’, or (less catchily) those “who carry out highly qualified work activities through the use of technological tools that allow them to work remotely, autonomously or for a company that is not resident in the territory of the Italian state.”

As non-EU nationals can currently only spend a maximum of 90 days in Italy without a visa, it is hoped that the provision will make it easier for people to live out their Italian dreams long-term.

What do we know about Italy’s digital nomad visa so far?

Who counts as a “highly qualified” worker has been given a wide definition by Italian financial paper Il Sole 24 Ore. It reports that this category includes everyone “from university professors to circus employees, seafarers and professional nurses”.

It also appears there will be no limit on the number of permits issued annually - as there are with other kinds of visas under Italy’s ‘decreto flussi’ (foreign workers’ quota).

Five Star Movement MP Luca Carabetta - an advocate of the digital nomad visa - has indicated that it will last one year in the first instance, and can be extended to close family members.

It also looks set to entail a minimum income requirement, though the amount is not yet known.

“Requirements for the remote worker are the availability of suitable accommodation, adequate income, health insurance, and a clean criminal record,” Carabetta told the Local.

Would-be digitali nomadi may be waiting some time for full details, as the Italian government works on a new bill to implement the law.

However it’s still possible to make the move as a freelancer or remote worker, even without the special category that others are enjoying in Portugal, Malta and elsewhere.

As we await further details – here’s a list of the visa options which are currently available for long-term travel to the country.

This is the permit that most non-EU freelancers currently apply for when wanting to move to Italy. Getting the green light is another matter, however. Only 500 of these visas are being allocated in 2022, as in previous years.

And there’s a few admin stumbling blocks, like having to register with the relevant professional body for your line of work, even though these aren’t so common outside of Italy.

If successful, the self-employment visa is valid for an initial period of two years.

The Intra-Company Transfer (ICT) work permit is an alternative for those with a firm backing. You needn’t work for a huge company either; even a small company in the US or UK can set up an Italian branch, a senior immigration consultant told the Local.

This visa lasts for five years, and there’s no limit to the amount the Italian government gives out.

However it could be tricky to justify to your boss financially, as they’ll need to put at least €20,000 into the intra-company to show its credentials, and pay taxes. If you’ve got some similarly Italy-loving colleagues, perhaps you could make the case together.

Introduced through the EU, this kind of visa might work for those employed by an Italian company. Again there’s no quota, but there’s quite a few rules to follow.

The Blue Card is for highly qualified non-EU nationals earning a minimum salary of €26,000, having completed a three-year university degree. On top of that tall order for prospective workers, the Italian company must have at least €50,000 to show it can hire a foreign employee.

If you can jump through these hoops, the card should facilitate easier travel around the EU. At first you can only work from the country where the company you’re working for is based. If you’re moving from another EU country to work for an Italian company, you can apply for the Blue Card after spending 18 months in that other country, and after one month of arriving in Italy.

None of these routes are straightforward for those wanting to be ‘digitali nomadi’ in the beautiful nation, so it's no wonder people are on tenterhooks for more information on the new permit.

'Nuisance' tourists are no longer welcome in this European city