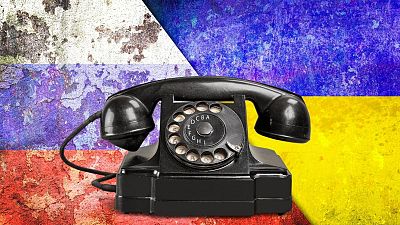 A group of Lithuanians have come together to launch a project calling for the Russian diaspora across the world to pick up the phone and call Russia.

The aim is to get Russians to communicate with each other more, wherever they are, in an effort to stop the war in Ukraine.

“I think the only people who can stop this war are Russian citizens,” says Paulius Senuta, one of the organisers.

The group came up with the idea and just 120 hours later, on 8 March, the website was launched.

How does Call Russia work?

Call Russia wants fluent Russian speakers from across the world to call Russians in Russia.

Clicking the ‘Call Russia Now’ button on their website generates one of 40 million phone numbers from across the country.

According to Paulius, in the first two days of operation they had around 32,000 calls.

The response is mixed - some don’t pick up, some hang up and some are willing to chat, they say. However, callers are invited to give feedback on their call and Paulius says so far around 50 per cent of calls are reported to have gone well.

Why should I call Russia?

The majority of news outlets in Russia are now state controlled. In the Russian press, this is not a war.

Although some people do know what is going on, many people still believe it’s a “special operation” where there have been a few casualties but overall the Russian influence is a positive one, saving Ukrainians and bringing them aid.

Paulius emphasised that it was important for people to only call in Russian as not all Russians speak English - also English can be seen as the language of the aggressor and the call is unlikely to go as well.

According to Paulius, there’s between 30-40 million Russians living outside Russia and so if everyone made one call, that’s enough.

“I think everyone can do that,” he says.

The aim of the call isn’t to completely change a person’s worldview.

“That’s unachievable in a call,” he explains.

However, the organisation has worked with psychologists to provide advice on their website about how best to go about your call.

“Ask them about how much they know about what is happening in Ukraine, to which they will answer that they know,” he says.

“And then you share what you see in hundreds of pictures, videos, your conversations with people on what is going on. [...] You can’t fake everything on such a scale, so it must be true.”

“Most people agree that dying people is not good.”

If you’re a Russian speaker, you can get involved here.

Watch the video above to learn more about the Call Russia project.