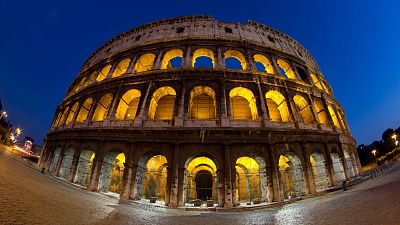 Two American tourists have been fined after being discovered inside Rome’s Colosseum out-of-hours.

The travellers, who were spotted by a passerby, were enjoying some beers in the ancient amphitheatre in the early hours of Monday morning. The passerby then reported them to the police.

The Colosseum is closed to tourists overnight, but the duo were found on the second tier of the ancient theatre at 5.30am.

Fines for breaking into Rome’s gladiatorial site are hefty, and the pair were together charged €800 after admitting that they had entered the building illegally.

This isn’t the first time that American tourists have been caught desecrating the ancient ruin.

In 2015, two Californian women were caught taking a selfie after carving their 6cm initials into the stonework of the ampitheatre.

The Colosseum is one of Rome’s most popular landmarks, and before the pandemic it was attracting nearly 8 million visitors a year.

With so many visitors, the Italian government has taken strong measures to protect the ancient landmark, including putting up signage warning of imprisonment and €2,000 fines.

This hasn’t stopped those determined to leave their mark though, and just last year an Irish tourist was arrested after carving his initials into a pillar.