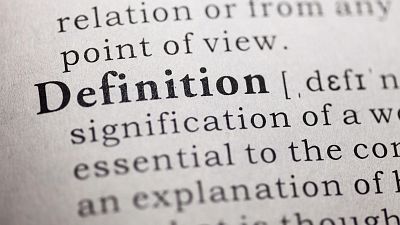 A language isn’t just a bunch of words used to communicate, it tells you so much about the people and culture of its speakers.

While there are lots of common words which do exist in most languages, the beauty is finding the untranslatable ones which add a richness to your understanding of that nation.

Here are some of our best picks from across the globe which represent a concept unique to that language:

Pronounced ‘nye-do-pere-peet’. This is one of our favourites and doesn’t really help Russia with the stereotyped image of them being intense drinkers.

It’s a verb meaning ‘to drink more than you should but less than you could’. We’ve all been there.

If one nation truly knows how to live, it’s Spain. This word is a verb meaning ‘to eat a snack in the afternoon’.

Between that and siestas, Spanish afternoons sound dreamy. Where do we sign up?

This is the Italian for using a piece of bread to mop up that last bit of sauce from your bowl. Delicious.

We promise, not every word on this list is about eating and drinking but indulge us with one more.

Kummerspeck literally translates to ‘grief bacon’ and refers to the weight gained from emotional eating. Anyone else feeling a little kummerspeck-y post-lockdown?

Family is really important in Chinese culture and so every possible relative has their own unique word to describe their relationship. The words can vary depending on gender, age and which side of the family it is.

外公 (waì gōng) is the word for your grandfather on your mother’s side. Whereas if it was your dad’s dad he would be called 爷爷 (yé ye).

The words for family members really are extensive, covering all possibilities - 伯母 bomu is the specific word for your father’s older brother’s wife.

Derived from the word ‘why’ (pochemu), this word refers to a person, usually a small child, who asks too many questions.

We all know one of these. Friolenta is an adjective used to describe someone who always feels cold.

Bünzlis are people who conform to the rules. But further to that, they also want to make sure that others, specifically their neighbours do too.

If you think you’ve never met a bünzli but find yourself frustrated by chaotic people, it’s probably because you are one.

This is a term made up of the words der Sessel (armchair) and pupsen (to fart). It is used to describe people in a few different scenarios but the common quality is that they spend a lot of time sitting.

It most often refers to someone who sits at their desk feeling very important and gives out orders without ever doing any of the work themselves.

In photos: This sloppy Christmas tradition returns to New York

Watch this squirrel man flying into a volcano