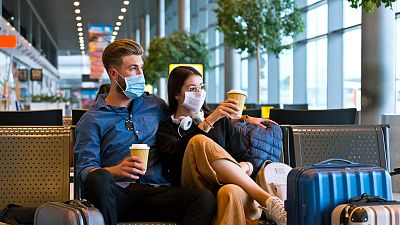 Travellers are now returning abroad with an increased awareness of their carbon footprints.

As the rollout of COVID-19 vaccines continues apace and travel restrictions ease, more and more people are taking their first foreign holidays since the pandemic hit.

The number of clicks for international searches soared by more than 70 per cent from April to June 2021, compared with the first three months of the year.

And with summer holidays drawing to a close in the northern hemisphere, travel experts have been busy totting up the data and looking at the biggest trends of this year. What they’ve found isn’t just mass googling of COVID-19 rules, but a growing concern about the environmental impact of travel.

Nearly three in five travellers are willing to pay extra fees to make their trips more sustainable, according to the research from US travel company Expedia Group.

But what form does that take exactly? And which places have drawn the eye of wanderlusting travellers? Here are the key findings from our 2021 web surfing so far.

People are planning ahead for their next holiday

As the world continues to battle COVID-19, it’s no surprise that we’ve been reluctant to make long-term plans. Half of those searching for holidays from April to June only looked within the next 21 days for their trip.

Confidence grew over the summer, however. In Europe, more than 40 per cent of international searches were for trips 22 to 90 days in advance - up from 15 per cent at the start of the year.

The data lays out what most of us remember anecdotally over the past few months, in waves of optimism about the prospect of getting away in 2021. The week of 10th May saw the biggest spike in searches following announcements that the Pfizer vaccine was being expanded, and the European Union was buying up millions more doses.

A renewed concern for sustainability

A rising number of travellers have been looking to lighten their carbon loads - even at the expense of their wallets. Almost 60 per cent of people are factoring in environmental and social costs in this way, according to Expedia Group.

The travel industry has also been taking note from guests’ reviews, which frequently bring up sustainability issues. The top five ‘environmental themes’ tourists touch on are, in this order: single use plastics; recycling; electric car charging; LED light bulbs; and renewable energy.

Unsurprisingly, this interest in sustainable travel is strongest among younger people.

Around two-thirds of Gen Z and Millennial travellers are more likely to pursue eco-friendly travel options - like exploring how to ease the burden of overtourism in a travel hotspot - compared to around 40 per cent of Gen X and 30 per cent of Boomers.

Where do people want to go?

As spring warmed to summer, big cities rose up the search rankings. Europeans’ top ten booked destinations were generally within the continent:

During a 2020 campaign to get people dreaming of travel at a time when most were stuck at home, Expedia Group launched a ‘bucket list’ platform. Denmark also caught people’s fancy during this time, as well as Norway and Slovakia.

Mallorca: Travellers in for hellish summer thanks to staff shortages