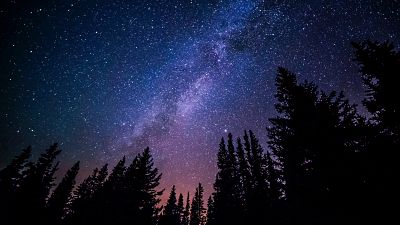 With 'normal life' limited for the foreseeable future - including travel options - many of us are escaping by exploring the skies. But what are the best celestial views in 2021?

Since antiquity, the stars have provided a dramatic backdrop for the existence of humankind. Astronomy is a science, a history, a mathematics, a mythology, a religion, a paradox and an art form which still perplexes even the profoundest intelligentsia.

Humans have been analysing the night sky in search of answers to existential questions for millennia - predating any religion or belief system. We're eternally fascinated by trying to rationalise our existence. In the 21st century, living in the wake of great minds like Hubble, Hawking and Cox, our understanding has expanded - though not as fast as the universe itself.

For the majority of us mere mortals, ‘space talk’ is saved for incoherent debates after a few pints down the local, or alone in the small hours when sleep evades us. But after a year of witnessing our tangible world alter beyond the realms of imagination, it would seem there’s a lot of solace to be found in cascades of celestial bodies beaming light through the darkness.

The Draconids is a minor meteor shower of about 10 meteors per hour. This one comes from the dust grains left behind by comet 21P Giacobini-Zinner. The comet was first discovered in 1900.

It’s an unusual shower in that the best viewing is in the early evening instead of early morning. The shower runs annually from October 6 - 10.

The next big thing in telescopes is launching on 13 October after several delays. Following the game changing Hubble Space Telescope will be no easy task, but the James Webb features a mirror capable of collecting over six times more light than Hubble can - meaning it will see more, and further afield.

The Orionids is an average shower producing up to 20 meteors per hour at its peak. It’s another product of comet Halley, and runs from October 2 to November 7. The full moon might cause some visibility issues this year.

The Taurids is a long-running minor meteor shower producing only about 5-10 meteors per hour. It’s made up from two separate streams: the first, from dust grains left behind by Asteroid 2004 TG10. The second stream is debris from Comet 2P Encke. This shower runs from September 7 to December 10.

Another average shower, but this one is unique in its cycle. In a normal year, Leonids produces up to 15 meteors per hour. However every 33 years, hundreds can be seen. The last time this happened was 2001, so we’re over halfway. The shower is made up of dust grains from the comet Tempel-Tuttle, which was discovered in 1865. Visible annually from November 6 - 30.

A partial lunar eclipse occurs when the moon passes through the Earth's partial shadow, or and only a portion of it passes through the darkest shadow. This one will be visible in eastern Russia, Japan, the Pacific Ocean, North America, Mexico, Central America, and parts of South America.

The path of totality in this eclipse is limited to Antarctica and the southern Atlantic Ocean. You might catch a glimpse in South Africa.

We’ll be heading out of 2021 with a bang, and one of the best meteor showers the heavens have to offer. The Geminids showcase up to 120 multicoloured meteors per hour at its peak.

These are produced by debris from an asteroid known as 3200 Phaethon, first discovered in 1982. The shower runs annually from December 7 - 17.

Will personal wheelchairs soon be allowed as seats on planes?

A guide to Europe’s most impressive active volcanoes