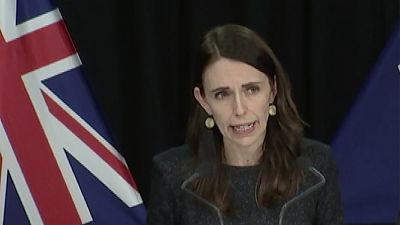 New Zealand's government has announced that it is suspending all quarantine-free travel from Australia for eight weeks, as the country battles a surge in COVID-19 infections.

Wellington had already closed the travel corridor with three Australian states - New South Wales, Victoria and South Australia - but the measure is now extended to the entire country and will come into force at midnight tonight (Friday).

"We've always said that our response would evolve as the virus evolved. This is not a decision we have taken lightly, but it is the right decision to keep New Zealanders safe," the government said in a statement.

The suspension, it added, would give Australia "time to manage the current outbreaks" and allow New Zealand to monitor the situation and assess travel developments in other countries.

The country of 4.9 million reported no new cases of COVID-19 on Friday.

"The government remains committed to resuming quarantine-free travel with Australia," it also said.

Half of Australia's 26 million population is currently under lockdown. Sydney has been locked down for a month. The Delta variant has spread from Sydney to Victoria and South Australia, which are also locked down.

State Premier Gladys Berejiklian called on the federal government to provide more vaccinations for the worst-effected suburbs in Sydney’s west and south.

Only 15% of adult Australians are fully vaccinated. While there are ample supplies of locally-manufactured AstraZeneca, many are concerned about the slight risk of blood clots associated with that vaccine and instead requesting Pfizer, the only alternative registered in Australia.

Australian capital goes into lockdown after one COVID-19 case found

Man avoids travel restrictions by dressing up as his wife

Is inflight Wi-Fi safe or could it be leaking your data?