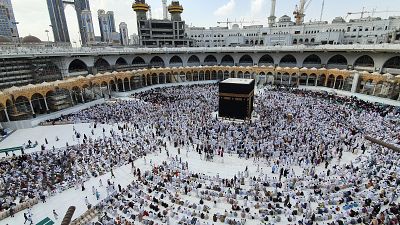 Spokesperson for the National Zakat Foundation Mahboob Hussain sets out how Muslims in Europe can still engage with this year's Hajj - in spite of the travel restrictions in place.

Hajj is the annual holy pilgrimage that Muslims make to Mecca, in Saudi Arabia, and is set to take place this year between July 17th and July 22nd.

Being the fifth pillar of Islam, millions of Muslims make this spiritual journey every year to become closer to Allah through perseverance, submission and servitude.

It’s expected that every Muslim completes the Hajj pilgrimage at least once in their lifetime if they are both physically and financially able.

However, this year, similar to Hajj 2020, Muslims across Europe will not be able to attend due to the ongoing pandemic and travel restrictions.

How will it be different and why?

For thousands of years, Muslims have been taking part in the 10-day observance, with the 6-day pilgrimage at the heart of the holy period.

Usually, Muslims will spend the 6 days walking between key locations, such as Mina, Muzdalifa and Mecca, during which they will perform religious rituals, prayers and fast on the Day of Arafat.

However, with the uncertainty of Coronavirus still prevalent, all Muslims outside of Saudi Arabia will not be able to travel to the kingdom to take part in the pilgrimage.

The official Saudi Arabian Ministry released a statement saying that they were limiting this year’s Hajj pilgrimage to just 60,000 citizens and residents, 59,000 more than in 2020 when the pandemic was at its peak.

Additionally, those who attend must be free from illness and between the ages of 18 and 65.

How can Muslims still make the most of this holy time?

Whilst travel is restricted, there are still many ways that you can reap the benefits of this time and draw closer to Allah.

Muslims are encouraged to fast from sunrise to sunset during any if not all 10 days of Hajj if they cannot attend the pilgrimage.

Allah rewards those who fast during these 10 sacred days, and even doubles the person's rewards if they fast on the Day of Arafat.

Giving additional money to charity during the holy period is a great way to receive reward from Allah, as it is said that any good deed made within the 10 days is worth more.

Learn in your local mosque

Attending classes within your local mosque will bring with it a realm of rewards.

It’s reported that the Prophet Muhammad (peace be upon him) said that whoever goes to the mosque with no intentions but to learn or teach good practices, has the rewards of those who complete the Hajj pilgrimage.

What's it really like to go on holiday in Europe right now?

Why has this braille railing in Naples gone viral?

This adventurer let social media plan her trip across Europe