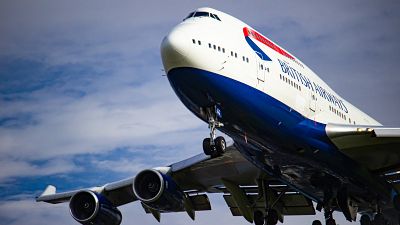 UK tourists have until Monday at 4am to return from the Balearics, otherwise they will have to self-isolate for 10 days.   -   Copyright  Isaac Struna / Unsplash
By Marthe de Ferrer  •  Updated: 14/07/2021

The Balearic Islands are returning to the UK's amber list from 19 July, less than a month after they were deemed fit for quarantine-free travel.

This means anyone travelling from Ibiza, Majorca or Menorca to England will have to self-isolate for 10 days - unless they are British citizens who have received both vaccines from the NHS or are under 18.

So far the announcement only applies to England, but Wales, Scotland and Northern Ireland are expected to adopt the same policy.

The move comes less than a fortnight after the Balearic Islands were added to the green list and is in response to a rapid rise in cases. UK Transport Secretary Grant Shapps told reporters that the government had to "move quickly," as the cases have doubled on the islands.

It is believed that the uptick in cases is related to end-of-term parties being held in the Balearics.

At the same time, however, a handful of countries have been moved onto the green list and green watchlist. Entrants from Bulgaria, Hong Kong, Croatia and Taiwan will no longer require quarantine on arrival, from 19 July.

'Impossible to keep up'

For British travellers currently in the Balearic Islands, the news has come as a major blow.

Natalie Ward is currently on holiday with her husband and two young children for two weeks in the islands.

Our flight home from the #Balearics lands at 2pm Monday means we miss the green list return by 12hours. @British_Airways wants to charge us £400 to move our flight forward 1day so we do not need to self isolate. @BorisJohnson gives us 4 days notice to change flights & Covid tests

They booked their trip knowing that the next update would take place on 19 July, so arranged to come back that day - as with previous updates, travellers had until the next morning to return home.

"The last time the list changed people had to be home by early Tuesday morning so we planned for that," Natalie explains. "They've changed the times on this update and so it is impossible to keep up."

Now, the family are due to miss the green list by just 12 hours, forcing them to self-isolate for 10 days with very little notice.

"I am self-employed and will not have to isolate at home with two very small children," she adds. "My husband will have to work from home which is not ideal for his job either."

Natalie now faces a £400 (€470) charge from British Airways to rearrange their flights, or having to go into quarantine on her return.

This is now the full list of territories and countries where quarantine is no longer required to enter the UK:

These amendments will undoubtedly be a major win for the tourism industries in the Balearics, Madeira, and Malta - but those hoping for a trip to a Greek island will be disappointed.

Mainland Portugal and the Azores are to remain on the amber list.

As well as publishing the updated green list, British transport secretary Grant Shapps tweeted the surprise announcement that "UK residents who are fully vaccinated will not have to isolate when travelling from amber list countries."

Thanks to our successful vaccination programme, our intention is that later in the summer ☀️ UK residents who are fully vaccinated will not have to isolate when travelling from amber list countries ?

Further details on this scheme have not been revealed, but according to Shapps there will be further information released next month.

There are also new additions to the red list, meaning all travel is effectively banned from these countries.