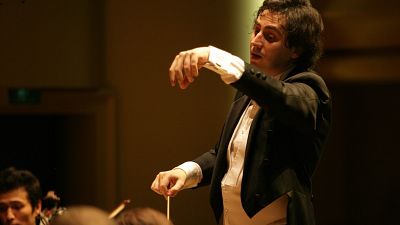 Have you ever wondered what a dressing room looks like inside the Paris Opera House or the Bolshoi Ballet? Well, this classical musician can help you out.

Originally from Bogota in Colombia, Ricardo Araujo set up Ariodante, a luxury bespoke tour company in 2016.

Prior to this Ricardo was a famed musician, composer, and conductor, and gave his first international piano recital playing Bach and Mozart in Belgium as young as 12 years old.

Since then, he went on to perform as a conductor across Latin America and Europe which fueled his love of travel and developed an unrivalled list of contacts in the arts across the world.

After moving to London 2013, Ricardo teamed up with Airbnb to create a classical music experience, accompanying tourists to a concert to help them discover and understand the music.

It was through this that he met a couple who loved his tour and later asked him to create another experience for them. As word spread and demand increased, Ricardo put his arts contacts to good use and found himself in a totally new career.

Though these days Ariodante have expanded from just cultural experiences, Ricardo’s friendly personality has allowed him to establish connections to help realise any travel dream.

“Some experiences are going to take us like six months planning with a huge team of people, say 10 people working for six months non-stop to make a single thing happen,” Ricardo tells Euronews Travel.

“From a private visit to any museum to even meet the former head of state or things like that. [...] You name it and then say our job is to find a way to make that happen.”

Watch the video above to learn more about Ricardo.

How to experience Paris through the eyes of Ernest Hemingway

Rare Scots dialect among all the languages the Queen could speak