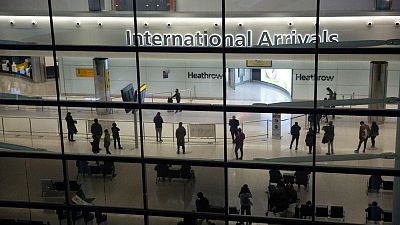 Groups representing the continent’s largest airlines and airports have expressed fresh concerns that there will be long queues for travellers unless countries better coordinate the rollout of the certificate.

The letter of warning to EU leaders was signed by airports group ACI Europe, as well as airlines representative bodies A4E, IATA and ERA.

"Certificate verification will undermine smooth summer travel for EU passengers," they said in a joint statement. "As passenger traffic increases in the coming weeks, the risk of chaos at European Airports is real."

"Duplicate checks and lack of verification tools provided to airlines will cause unnecessary airport queues and longer processing times if not addressed by the Member States."

The EU's digital COVID-19 travel system is due to come into force on Thursday, intended to allow the bloc's citizens to cross borders more easily.

The certificates will carry proof that a person has either been vaccinated against COVID-19, has received a negative test result, or has recovered from the virus.

But on Tuesday, Europe's air industry urged leaders to "harmonise" their rollout of the certificates to avoid long queues at airports and "ensure a smooth passenger experience".

The groups said that there are at least 10 different strategies "currently under review" across the bloc.

Ahead of a meeting of European countries on the digital certificate on Tuesday, the European Commission issued guidance for member states that also echoed some of the concerns.

In their letter, the air industry groups urged member states to verify Digital COVID-19 Certificates "well in advance" of when passengers arrive at airports and not multiple times before departure.

The groups also said that the amount of health data processed by airlines should be limited.

"With the peak summer travel season upon us, the EU thankfully now has a number of tools and measures available to enable and support the restarting of air connectivity, alongside travel and tourism," the four associations said in their joint letter.

"We need the Member States to urgently implement these tools in a harmonised and effective manner."

"We view these as essential prerequisites to travel, to avoid long passenger queues and waiting times which would create new health hazards and inevitably result in operational issues for airports and airlines."

According to EUROCONTROL, passenger traffic across the European airport network was still down by 77% in early June, compared to pre-pandemic levels.

Will travel be possible this summer with the EU's Digital Green Certificate?