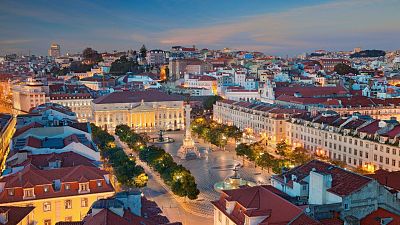 Portugal could have "acted differently" to prevent the spread of the Delta variant of COVID-19, the country's health minister has acknowledged.

Marta Temido said Portugal may have made a mistake by opening its borders to tourists for three weeks as the coronavirus variant was spreading.

"If we had known everything we know today, could we have acted differently at certain times? Probably, yes," Temido told reporters, "but it is impossible to rewrite history."

"We know that mutations and variants are not restricted to a particular territory," she warned.

"We have already seen this phenomenon in the beginning, when we thought we could contain the disease in China."

Merkel's comments were seen as a direct criticism of Lisbon's decision to allow British tourists to travel to the country between mid-May and early June, while the Delta variant - which first appeared in India - was circulating in the UK.

The EU has not yet added the UK to its list of countries considered safe enough to lift travel restrictions.

"I regret that so far we have not reached a common attitude of the member states regarding travel rules," the German chancellor said in Berlin on Tuesday.

"We now have this situation in Portugal, perhaps we could have avoided it," she added.

Travel between Lisbon and the rest of Portugal was banned last weekend until further notice and health minister Temido has admitted that further restrictions might be "necessary".

But Foreign Minister Augusto Santos Silva has defended his country's policies, pointing out that UK citizens were only allowed to enter Portugal with a negative COVID-19 test result.

"I find it hard to understand the positions of Member State governments who now want to propose new criteria," he told parliament.

"I don't think we left the door wide open to the British without taking precautions."

Travel between Lisbon and the rest of Portugal was banned last weekend until further notice and health minister Temido has admitted that further restrictions might be "necessary".

"When we restrict traffic, we buy time to be able to react better. This is what Portugal is doing now, (...) buying time to vaccinate more," Temido said on Wednesday.

The European Centre for Disease Prevention and Control has warned that the delta variant of the coronavirus could account for 90% of new coronavirus infections in Europe by late August.

Shooting at Swedish shopping centre kills one and injures another