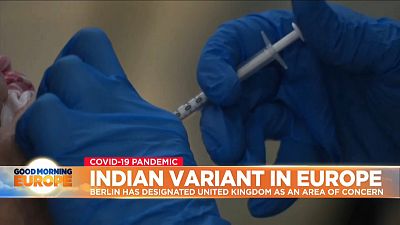 EU governments are consideirng tightening restrictions on UK travellers wanting to visit their countries this summer.

This is due to the so-called Indian variant of COVID-19 which is continuing to spread in the UK. It is highly transmissible, however it has now been confirmed that the AstraZeneca and Pfizer vaccines are highly effective against it.

But recent studies stress that two doses are needed for protection. Therefore the UK government is reinforcing the need to get both jabs. Matt Hancock, the UK Health Secretary, warned Britons of the importance of it, "From this new data what we've seen is that, after the second jab, the vaccine is effectively just as powerful as against the old variant."

Jean-Yves Le Drian, the French Foreign Minister has said Britain will not be put on a red list:

"The arrival of the Indian variant and the increase of cases of Indian variant in the UK pose a problem and so we are vigilant about this and in contact with the British authorities. It won't be the red list treatment if we have to do it. It will be an intermediate treatment."

Residents in Bordeaux are being prioritised for treatment to deal with a version of the variant.

Germany has already designated the UK as a virus variant area of concern. From midnight on Sunday people travelling to Germany from Great Britain and Northern Ireland may only enter the country if they are a German citizen or resident.

Spain has no such reservations and from today British citizens will be able to visit without restrictions. Although the UK has Spain on its own amber list meaning not recommended for travel, sun-seeking Brits are expected.

11 expert tips on how to travel like a local