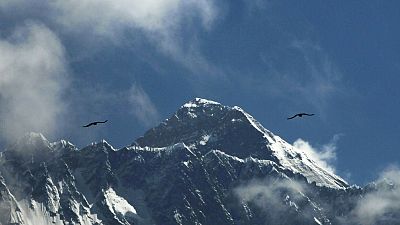 A Swiss and an American climber have died on Mount Everest, in the first known fatalities of the year.

Abdul Waraich, 41, from Switzerland, reached the peak of the world's highest mountain before suffering from exhaustion, expedition organisers said.

"Abdul successfully reached the summit but began experiencing issues during his descent," said Chhang Dawa, from Seven Summit Treks in Nepal, on Instagram.

"We sent two additional Sherpas with oxygen and food, [but] unfortunately Sherpas couldn’t save him."

U.S. national Puwei Liu, 55, also died at the highest camp on the mountain at South Col.

He had reached the point of the climb named the Hillary Step, located between South Col and the summit, but had to return because of snow blindness and exhaustion.

He was brought back to the camp with the help of support teams and additional oxygen, but suddenly died on Wednesday evening, organisers said.

As the bodies of the two climbers are located at high altitudes, unfavourable weather is preventing them from being brought back down for repatriation, the group added.

Poor weather conditions on Mount Everest have also forced other climbers to descend to lower altitudes for now.

Eleven people have died while climbing Everest in 2019, with four deaths blamed on overcrowding.

Nepal and China had both cancelled climbing seasons last year on the mountain due to the pandemic.

While Beijing is only allowing Chinese climbers on the north side of the mountain this year, Nepal has reopened treks for foreigners.

The Nepalese government has issued permits to a record 408 climbers to attempt to scale the 8,849-metre high peak during the popular spring climbing season.

Deaths on Everest's summit blamed on commercialisation of expedition

This remarkable picture shows the deadly overcrowding on Mount Everest