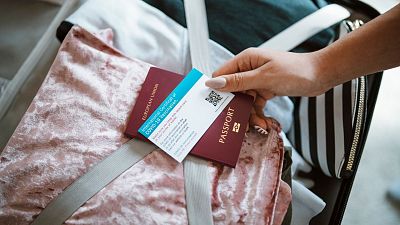 There are 227 different travel destinations across the world that require a passport to enter the borders.

No country is guaranteed entry into every single one, but rising global mobility allows those in the top positions to come very close. It’s no wonder that more people are applying for dual-citizenships than ever.

Data compiled by the Henley Passport Index paints a fascinating picture of the state of future travel, looking at the bigger picture of who is allowed where and why in a post-pandemic world.

The index uses information from the International Air Transport Association (IATA) to calculate how many travel destinations are accessible to the 199 passports that exist across the world. This is defined as destinations that allow either visa-free entry or a visa upon arrival, rather than a lengthier, more complicated vetting process.

As vaccine momentum increases across Europe there’s a chance that some of us might actually get to use our passports this year. But which country holds the key to as many travel options as possible?

What does this tell us about global mobility?

Let's first address the elephant in the room: UK and US passports are wholly absent from the top spots, proving to be not half as powerful as they were once thought.

They rank joint 7th, stumbling downwards since they were both the pinnacles of the list back in 2014. There’s no definite reason as to why, but it could be the fallout from the adoption of increasingly anti-immigration sentiments by their respective governments. It could equally be a result of their handling of the coronavirus pandemic.

What it means is various European destinations have cemented their place above the UK and US.

Many Asian countries have soared throughout the index since its creation in 2006. Japan retaining its position as the world’s strongest passport reflects on how it thrives off globalisation.

In just a decade the United Arab Emirates has propelled towards wider passport access, jumping from 67 places to 174. China has worked its way up from 90th to 68th by doubling the number of countries passport holders can enter in the same period.

Some that haven’t fared as well include Syria, Afghanistan, and Iraq, whose passports allow entry to less than 30 destinations.

Iraq has made moves to combat this by adopting a more relaxed approach to inbound immigration. In a move that pleased diplomats worldwide, they announced the relaxing of visa restrictions to 30 new tourist targets last month.

“However, ongoing security challenges and persistent protests are likely to weigh on investor confidence and dampen demand for tourism”.

This year’s index shows the “travel freedom gap” is at an all time high. It is measured by the difference between the highest and lowest performing countries on the index.

Prior research from the London School of Economics echoes this - while the latter half of the 20th century was a great time for visa waivers and expanding travel networks, there are winners and losers under this system that continue to be impacted to this day. Some of the reasons for this could be exacerbated by the events of the past year.

The loosening of COVID travel restrictions is a point of interest for the Henley Passport Index.

"With the roll out of mass vaccination programs in certain wealthy and advanced economies such as the EU, the UAE, the UK, and the US, global mobility will soon be a possibility again for some," they noted.

"For citizens of developing and emerging economies, where vaccine roll outs are much slower, and where passports tend to offer far less travel freedom in general - the future looks decidedly less rosy”.