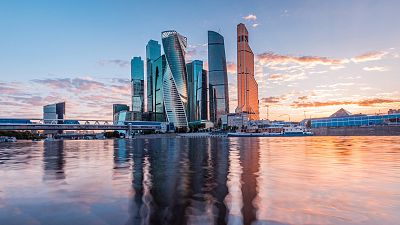 The proven success of Russia's Sputnik V COVID-19 vaccine, despite the West's initial misgivings, shows the world once again that Russia is a contender on many fronts—tourism included.

If you're the type of traveller who thinks that power is kind of sexy (periodically problematic as it may be), then Moscow is bound to wow you. Even if my own first vision of Moscow circa 1990-something included nothing very iconic - neither the jubilant domes of St. Basil's Cathedral nor the deliberate sweep of Red Square.

That's because Moscow is a city so steeped in history and political mythology that beyond the eclectic jumble of Russian Orthodox churches and eerie Stalinist high-rises, it's also a sensation, one that mashes up monumentality with a distinct serving of mystery.

No one will ever really figure the place out, hence its immense allure. As a young American who grew up in the closing years of the Cold War, I was more or less programmed to misunderstand Russia and its mighty capital.

Primed for grey and frowns, instead I found a multitude of colours, a wild circus, crazy cool metro stations and an admirable indifference to the elements: winter, so what? Throw on a coat and ushanka (Russian fur cap) and get thee to the Bolshoi!

The city crackles with culture against the backdrop of a truly cinematic setting; the soaring spires of the former Hotel Ukrainia and Moscow State University coupled with the space-age swagger of Ostankino Tower confer an almost feline kind of feeling, at once icy and seductive.

Moscow is Russian to the core and a colossal human achievement: we're talking about a city founded in 1147 that is now home to more than 12 million people. It's a historical heavy-hitter for obvious reasons, that also exudes modern allure so say zdravstvuyte (hello) to 700 theaters, 8,000 registered cultural sites, 500 parks and maybe best of all, the innumerable hidden corners and surprising pockets of charm like Patriarshiye Prudy, or Patriach's Pond.

No one who has dipped into the pages of Bulgakov's The Master and Margarita can forget those dazzling opening scenes that unfold around this magical urban lagoon, a throwback to the 19th Century that managed to survive the 20th unscathed.

The city invites wandering every bit as much as Paris and maybe even more because the touristic landscape here is less frequently trod. That unfamiliarity can serve as the greatest of temptations for the urban nomad: it may take you to the leafy courtyard of an obscure but evocative Russian Folklore Museum, to a rooftop bar with a smashing view of the metropolis or to one of the underground peoples' palaces, those vaunted stations of the Moscow Metro like Mayakovskaya with its Futurist form and brilliant ceiling mosaics that elevate "24 Hours in the Land of the Soviets" to high art 33 meters below.

The Red Square and the Kremlin

Say Red Square like the locals do (it's Krásnaya plóshchad) then go and behold the marvels it contains: the massive St. Basil's Cathedral, completed in 1561 by order of Ivan the Terrible to mark his victory over the Tartar Mongols and with its exuberant onion-shaped domes; Lenin's mausoleum—opposite the famous GUM department store—and of course the crème de la crème itself: the Kremlin.

The famed fortress is almost as old as Moscow itself, though Italian architects expanded it in the 15th Century. Take in the Russian Orthodox cathedrals with their remarkable painted frescoes, Peter the Great's Arsenal and the Ivan the Great Belltower, but to see the Grand Kremlin Palace and Tsars' private rooms you need to book a private tour.

On one side of Red Square, the former site of the Soviet-era Rossiya Hotel is now home to stunning Zaryadye Park, designed by the architects of New York's High Line. This vast urban living room is divided into four climatic sections and features a breath-taking cantilevered viewing post that hovers 70 metres above the River Moskva.

Moscow is much more than dramatic public squares and cathedrals, of course. The multitude of museums includes the Pushkin State Museum of Arts, with everything from mummies to Rembrandt paintings, the State Historical Museum, the All-Russian Exhibition Centre (VDNH) park with 75 pavilions commissioned back in 1939 (admission is free), and the Museum of Cosmonautics, with its epic monument of a steel rocket blasting to the sky—the museum remains emphatically open.

In Gorky Park you'll find, along with plenty of cafes and restaurants, the slick Garage Museum of Contemporary Art. The museum's second Triennial of Russian Contemporary Art, named "A Beautiful Night for All the People," runs through February 28. For an artsy throwback with a failed communist twist, pose for a selfie amongst the Soviet-era statues at Fallen Monument Park across from Gorky Park's main entrance.

The Tretyakov Gallery, meanwhile, contains masterpieces of Russian art from the eleventh century up to the early twentieth—Vrubel, Kandinsky, and Mlavic are some of the big names represented among the 100,000 artworks displayed in the elegant gallery. For an interesting dose of Soviet-era social realism, make tracks for the New Tretyakov Gallery a few kilometres away.

Expect Moscow to shatter some preconceived notions tableside, too. Dining and nightlife has come a long way since my days of reporting on cultural goings-on for The Moscow Times, when one new restaurant memorably beckoned with desserts like "mango in a tin."

But that was the 20th Century. These days the Bolshoi, as just one example, is not just for ballet anymore! You can nibble on caviar and blinis at a luxe restaurant right behind the famous theatre. Or hop to the ever-trendy White Rabbit, situated in a glassed-in atrium atop a historic building on Smolenskaya Square, for mind-bending cocktails like the Carrots and Cloudberries (carrot syrup and cloudberry vodka are involved) and Baked Potato, whose participating ingredients include caramel butter cream, more vodka (of course) and yes, baked potatoes. If that's not outlandish enough, just wait until Chef Vladimir Mukhin's menu works its wonders on your palate with the likes of—well, let's just skip right to dessert—porous pine ice cream and fondant with cedar pine nuts praline or a "snowdrop" sheep milk mousse with honeysuckle ice cream. If you don't take a shine to seafood then Ryby Net, the gorgeous gourmet restaurant in the St. Regis Moscow Nikolskaya hotel, is the place for you: it's name means "no fish" and Chef Kamel Benmamar's carnivorous creations are sure to appeal to heartier appetites.

Feast your eyes on the pastel shades of the building facades on atmospheric Arbat Street, one of the oldest streets in the city, or shop up and down historic Tverskaya Street before you gawk at gleaming skyscrapers or maybe warm up at a banya Russian steam bath—being lightly flogged with birch branches around a bunch of strangers is always fun.

Moscow in its sheer size, inscrutability and number of things to see and do is unapologetically enigmatic and a hoot to try and unravel—so dosvidanya to those decades of Cold War chill if you're still holding on to them. Moscow might be the sensory shot in the arm you didn't know you needed—and just one dose might not be enough!

This Ukrainian beetroot soup could be officially recognised by UNESCO

Why Moscow is the perfect city for a winter break

Who owns this tiny, uninhabited island and what’s all the fuss about?