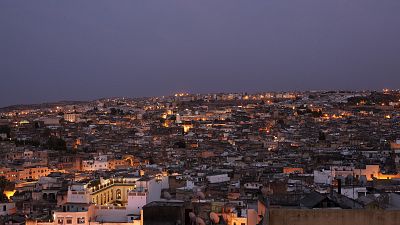 Morocco wasn’t widely known as a tourist destination when Jemima Mann-Baha first visited in the 1980s. She later returned with her Moroccan-born husband, Abdelali Mann-Baha, and now celebrates 10 years of running one of the country’s leading hotels.

The Imperial City of Fez has stood in the north of Morocco for 1,200 years. Walking the walls, it’s hard to ignore its deep historical roots; out of the four major Moroccan cities, Fez has the strongest connection to the past.

A fourteenth century mosque stands close to a Moorish estate built in the 1700s, where mourners trek daily into the ornate tomb of Moulay Idriss II. In the northeast of the city lies the oldest continuously operating university in the world, al-Karaouine.

It’s in the UNESCO Medina – Old Fez, the world’s largest car-free urban area – where the city’s heritage is most tangible.

You can easily get lost among the twisting, labyrinthine streets, both literally and figuratively - but this is undoubtedly the best way to discover the real Fez.

For the Mann-Bahas, it was important that this strong historic influence was present in every element of their hotel - from the design to the dining.

Restoring a piece of history

In 2006, a decision to uproot their lives and return to Morocco meant that the Mann-Bahas invested in a run-down building which was once the home of a prominent family. It had been empty for 25 years.

Four years of extensive renovation later, Palais Amani luxury hotel emerged. The couple wanted their hotel to be an immersive culture experience, where guests would be able to engage with the rich history of Fez.

In 2018, Palais Amani unveiled the Fez Cooking School, which went on to become the city’s leading education centre for cuisine.

“We believe that travel is more than discovering new places, it’s unearthing the stories that inspire us to live a little more compassionately, healthily and to listen to our inner spirit,” says Jemima Mann-Baha.

From the start, the Mann-Bahas have actively taken steps to give back to the community, reduce their impact on the environment and support the local economy.

The hotel employs people from the city and its nearby towns, and insists on buying local produce. This commitment has contributed over one million euros to the community in the last decade.

The couple are also involved in many eco-driven projects such as plant tree initiatives, supplying education and increasing water supply in the area.

The Mann-Baha’s even have a dedicated fund for their employees, helping them to save up for travel opportunities.

Fancy a post-lockdown trip to Fez? Find out more about the Palais Amani luxury hotel here.

The hotel inspired by Twenty Thousand Leagues Under the Sea

The best hiking spots in Europe to reconnect you with nature