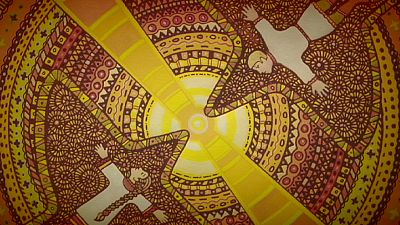 A visit to Russia is not just sightseeing, there is also the history of the people.

Key facts about the Republic of Komi:

An ethno-cultural park near the capital of the northwestern Komi Republic is one example of how tourism here is diversifying.

A fascinating museum in Syktyvkar also brings the ancient people to life.

Euronews’ Seamus Kearney reported: “And here you can actually see fragments of the world’s oldest pair of skis, which are 8,000 years old according to expert analysis.”

Making the stories of the past accessible to future generations is the aim of a local artist we met.

Yuri Lisovskiy told Postcards: “The myths and legends of the Komi people really inspire me, it’s invigorating, and I want to share this with the world through my art.”

Travel diary: 'Get up close to the culture and history of the Komi people'

Lost bags? Expert tips on keeping hold of your luggage when you travel

Venice entry fee: When and how you need to book

Portugal scraps all entry rules: 9 destinations to visit this summer