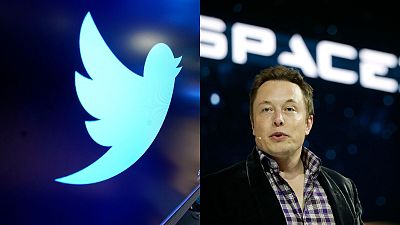 In the latest stage of Elon Musk’s row with Twitter, the tech billionaire has claimed a whistleblower report as a fresh reason to end his purchase of the social media platform.

In the explosive report filed last week, Peter Zatko – a renowned hacker who was hired by Twitter in 2020 – claimed that Twitter is failing to get a grip of fake, so-called “bot” accounts and uses outdated security software.

Zatko was hired in the aftermath of a high-profile hack attempt that saw 130 prominent profiles targeted.

Musk’s fresh reasoning for backing out of his deal is the latest in what is shaping up to be an epic legal battle coming to trial in October.

But what’s led to the world’s most controversial businessman and the social media giant ending up in the courtroom?

Let’s untangle things for you.

Musk has had fights with Azealia Banks, Jeff Bezos, and his own shareholders but it's his fight with Twitter which has really caught the world’s imagination.

Twitter is Musk’s arena of choice to air his views, cause drama, and allude to far-right sympathies, and in April this year he began to show a financial interest in his pet playground.

On April 4, Musk announced that he had bought 9.1 per cent of Twitter's stock, which sent the value soaring by 38 per cent and set tongues wagging about the eccentric entrepreneur’s future plans.

In response, the company offered Musk a board seat – which would have undoubtedly livened up board meetings but also limited Musk’s potential stock ownership to 15 per cent.

Musk eventually refused this offer and filed a report with the Securities and Exchange Commission (SEC) which notably omitted his previous commitments to be a “passive” partner and limit his stock ownerships to 14.9 per cent.

This set off wild speculation that the refusal of a board seat opened the door for Musk’s outright purchase of Twitter, with much pearl clutching at the thought of one of the platform's most chaotic users becoming its essential editor-in-chief.

Suspicions (and fears) were confirmed on April 14. Ten days after Musk’s initial share purchase announcement he informed Twitter, and the world, of his final offer of $54.20 (€54.17) per share for the whole company; a grand total of $44 billion (€43.97 billion) .

On April 25, Twitter accepted Musk’s deal, with CEO Parag Agrawal saying, “Twitter has a purpose and relevance that impacts the entire world.

“Deeply proud of our teams and inspired by the work that has never been more important.”

In the meantime Musk moved to sell some of his Tesla shares to enable the cash deal.

Musk’s motives for buying Twitter have been raked over in the press and - you guessed it - on Twitter, with everyone and anyone offering an opinion on his reasons for the purchase.

Musk himself claims he wants to protect free speech and that the takeover is more ideological than for financial gain.

“Free speech is the bedrock of a functioning democracy, and Twitter is the digital town square where matters vital to the future of humanity are debated,” Musk said in a statement after the deal was announced.

At the time, Musk insisted that Twitter needed to become a private company for necessary changes to be made.

In the run-up to Musk’s takeover bid, right-wing Fox News host Tucker Carlson had essentially begged the billionaire entrepreneur to buy Twitter, claiming he was the “last hope” for conservatives who wanted to speak freely online.

The announcement of the deal was greeted with joy by Republican senators who have long claimed they are unfairly censored on the platform.

Musk’s later claim that he would reverse the permanent ban on Donald Trump’s Twitter account did little to assuage the fears of those worried about the planned takeover.

Outside of the political noise, Musk was busy setting out financial incentives, saying he would quintuple Twitter’s revenue to $26.4 billion (€26.35 billion) a year by 2028, by raising user numbers to 931 million (from the current 217 million) and increasing paid subscriptions.

How do Twitter staff feel about a Musk buyout?

While the buyout was making headlines, shareholders, executives and Twitter’s staff were all watching on with their own interests in mind.

While Twitter considered the offer, Agrawal attempted to reassure staff during a Q&A that there would be no layoffs based on performance, but he could make no guarantees about staff-held stock options.

The staff, who number around 8,000, were later treated to an hour-long talk from Musk himself in which he provided few concrete answers on layoff concerns, working from home plans, or vision for what a future Twitter may look like.

In the meantime, Agrawal was busy firing top executives Kayvon Beykpour and Bruce Falck among others, whilst putting a hiring freeze in place.

“Our purpose is existential,” said Agrawal in a memo to staff.

“During this time of change, it’s critical that we continue to strengthen our work through increased accountability and execution to make Twitter everything it can be.”

Board members were less than thrilled with the potential takeover and reportedly considered a ‘poison pill’ to prevent the sale.

Had this come to fruition, it would have allowed shareholders to buy up additional stock for a discounted rate and reduced the interests of a hostile buyer.

Why is Musk backing out of the Twitter deal?

By June, the picture for Musk and Twitter was looking much less rosy than in April, which is saying something.

The deal was made on the provision that Twitter’s claim to have less than 5 per cent bot users on its platform be absolutely true. However, when it came to producing evidence the company was less than forthcoming, according to Musk.

After weeks of bemoaning that Twitter wasn't being transparent on the bot issue, on June 6 Musk officially threatened to back out of the deal.

In a letter to Twitter, Musk’s legal representatives said: “Mr. Musk believes the company is actively resisting and thwarting his information rights (and the company’s corresponding obligations) under the merger agreement.”

In response Twitter, who maintain their estimation of under 5 per cent is correct, said, “We intend to close the transaction and enforce the merger agreement at the agreed price and terms.”

However the lack of trust - and threat of a global recession - was corroding the deal and on July 8, Musk filed with SEC to officially pull out of the deal, claiming that Twitter still refused to provide the data that would allow him to make an independent assessment of the bots on the social media platform.

In the ensuing fallout, Twitter filed a lawsuit against Musk to force him to complete the transaction.

Filing in the US state of Delaware (where Twitter is incorporated), the company’s suit tells the story that Musk came in with a sweetheart offer – but panicked when the market began to turn due to events outside the company’s control.

Twitter claims that Musk asked for no assurances on bots before making the offer and has said publicly that the platform blocks one million spam accounts every day.

The lawsuit emphasises that information was given to Musk regarding bots - more information than was even due to the billionaire on the terms of the deal made in April.

In response, Musk posted a characteristically pithy tweet (“Oh the irony lol”) and at the start of August filed a counter suit alleging Twitter had committed fraud.

With Twitter poking around Musk’s finances to find an alternative reason for him backing out of the deal, and Musk alleging the platform is swarming with unaccounted for spam accounts, the trial is shaping up to get nasty.

Twitter finally starts testing an 'edit' button. Would you pay for it?