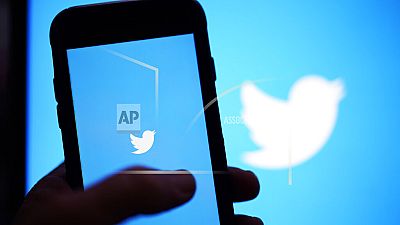 Twitter executives do not have the resources to fully understand the true number of bots on the platform, and were not motivated to, CNN reported, citing Zatko's complaint.

The social media company is embroiled in a legal battle with Tesla Chief Executive Elon Musk after the world's richest person said in July he was ending an agreement to buy the company in a $44 billion (€44.02 billion) deal alleging it had violated the deal contract.

Musk has accused Twitter of hiding information about how it calculates the percentage of bots on the service. A trial is scheduled for October 17.

The complaint by Zatko was filed last month with the Securities and Exchange Commission and the Department of Justice, as well as the Federal Trade Commission, according to the Washington Post.

Zatko did not immediately respond to Reuters' request for comment, while Musk could not be reached for comment.

In January, Twitter said Zatko, a famed hacker more widely known as "Mudge", was no longer its head of security, two years after being appointed to the role.

A Twitter spokesperson said on Tuesday that Zatko was fired from his senior executive role in January for "ineffective leadership and poor performance".

"Zatko's allegations and opportunistic timing appear designed to capture attention and inflict harm on Twitter, its customers and its shareholders. Security and privacy have long been company-wide priorities at Twitter and will continue to be".

John Tye, founder of Whistleblower Aid and Zatko's lawyer, said Zatko has not been in contact with Musk, adding that he began the whistleblower process before there was any indication of Musk's involvement with Twitter, according to CNN.

Whistleblower Aid did not immediately respond to Reuters's request for comment.

A former hacker wants to stop others like him. The law won't allow him