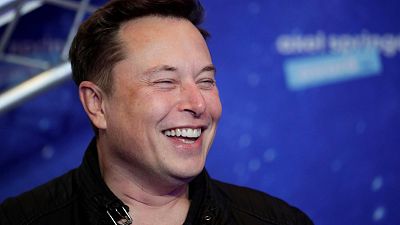 Tesla boss Elon Musk has taken to Twitter -- the social media platform he recently wanted to buy -- to deny that he had an affair with a friend's wife which prompted the couple to start divorce proceedings.

A story in the Wall Street Journal on Monday claimed that Musk had an affair with Nicole Shanahan in the autumn of 2021. A few months later, Shanahan and her husband, the co-founder of Google Sergey Brin, filed for divorce.

On Sunday, Musk rejected the claim, stating that "nothing romantic" had happened between him and Shanahan.

Musk also said that he'd attended a weekend party with Brin and that the pair are friends.

Elon Musk also told his 102 million Twitter followers that the Wall Street Journal had written "so many [...] hit pieces" about him and his electric car company Tesla that it was "embarrassing for them".

Musk, who was born in South Africa but moved to North America as a teenager to study at university, made his first fortune by starting and selling a software company.

Tesla has sold Bitcoin. Is this Musk’s cryptocurrency U-turn?