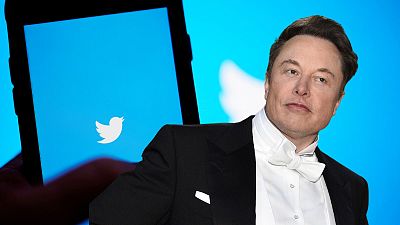 Twitter sued Elon Musk on Tuesday to try to force him to complete his $44 billion (€43 billion) takeover, accusing the billionaire entrepreneur of “outlandish” and “bad faith” actions that wreaked havoc on the platform’s operations and stock price.

The social media company filed suit in the Delaware Court of Chancery after Musk said last week he was ending his buyout bid, alleging Twitter failed to provide enough data about fake or spam accounts on the platform.

Musk suggested on Monday he was gearing up for a likely ugly legal battle, tweeting a four-picture meme of him laughing, next to sentences reading: “They said I couldn’t buy Twitter. Then they wouldn’t disclose bot info. Now they want to force me to buy Twitter in court. Now they have to disclose bot info in court”.

The entire saga has left observers baffled by what Wedbush analyst Dan Ives described as “one of the craziest business stories ever”.

So what are the possible outcomes, now that Musk wants out? Who could win the legal battle?

The deal could end and Musk, the founder of electric car company Tesla, could pay the $1 billion (€999 million) termination fee – pocket change for the richest man on the planet.

In theory, this would be the cleanest option for both parties.

However, Musk is unlikely to walk away that easily, according to Twitter’s lawyers and Ann Lipton, a professor of law at Tulane University who specialises in corporate litigation.

Merger agreements like this one are “designed to prevent buyers from getting cold feet and deciding they want to walk away,” Lipton said.

Musk, who also heads SpaceX, has accused the social media giant of “false and misleading representations” about the numbers of fake accounts on the platform, which are key to its business performance.

Musk's lawyers also point to recent Twitter staff layoffs and hiring freezes, which they say are contrary to the company’s obligation to continue operating normally.

Those arguments may be valid, but they do not merit pulling out of the deal, says Lipton, dismissing them as “nitpicky.”

“It’s not enough, unless he can show that the representations (about fake accounts) are not just false, but also that they dramatically call the fundamentals of the deal into question,” she explains, adding it ”looks very much like Musk is legally wrong”.

“Twitter has had to endure months of chaos over this, Twitter’s shareholders expected high price for their shares, and the company has endured public humiliation and disparagement. In other words, if Musk only pays the termination fee, he’s won,” Lipton told Euronews Next.

“The question for court watchers, then, is not just whether Twitter wins; it’s whether the court goes all the way and requires Musk to close the deal".

The arguments and evidence laid out by Twitter are compelling and likely to get a receptive ear in the Delaware court, which doesn’t look kindly on sophisticated buyers with highly-paid legal advisers backing off of deals, said Brian Quinn, a law professor at Boston College.

“They make a very strong argument that this is just buyer’s remorse,” Quinn said. “You have to eat your mistakes in the Delaware Chancery Court. That’s going to work very favourably for Twitter”.

Morningstar analyst Ali Mogharabi noted that Twitter has described its estimate of fake and spam accounts for years in regulatory filings while explicitly noting that the number might not be accurate given the use of data samples and interpretation.

Given current market conditions, Mogharabi said, Twitter may also have a solid argument that the layoffs and firings of the past weeks represent “an ordinary course of business”.

“Many technology firms have begun to control costs by reducing headcount and/or delaying adding employees,” he noted. “The resignations of Twitter employees cannot with certainty be attributed to any change in how Twitter has operated since Musk’s offer was accepted by the board and shareholders”.

Quinn said Twitter had lots of evidence - from its communications with Musk about whether to retain or lay off employees, as well as the billionaire’s own public tweets - to reject his arguments for backing out.

“They are marshaling many of Musk’s own tweets to hoist him on his own petard,” he said.

The multi-billionaire could also try to renegotiate its takeover of Twitter at a lower price.

This tactic has been used successfully by the global luxury giant LVMH two years ago, when the group broke off a deal to acquire Tiffany before getting a discount.

However, experts don’t see how Musk and Twitter could agree on a different price at this point, given that the platform’s stock has lost more than a quarter of its value since late April.

That strongly suggests that Wall Street continues to have serious doubts the deal will go forward.

Legal experts say Twitter has a strong legal case against Musk, but could opt for a renegotiation or settlement instead of a long court fight.

“For Twitter this fiasco is a nightmare scenario and will result in an Everest-like uphill climb for Parag & Co. to navigate the myriad of challenges ahead around employee turnover/morale, advertising headwinds, investor credibility around the fake account/bot issues, and host of other issues abound,” according to Ives, the Wedbush analyst.

“This is going to be a long and ugly court battle,” he added.

Any court proceedings are expected to last for months, especially since Musk “will do everything to drag it out,” according to Lipton.

A settlement is “always possible, but right now they seem very far apart,” she told Euronews Next.

“Twitter has a strong legal position and little incentive to settle,” she added. However, “both have a lot to lose”.

In the scenario that Musk wins in court, and if he manages to prove that Twitter provided him “false and misleading” information – the main argument in his letter addressed to the platform on Friday – and that the true details have a materially adverse effect on the company, he could walk away without having to pay a breakup fee.

Musk has claimed Twitter did not comply with its contractual obligations after it signed the merger agreement, saying the platform did not provide enough details or evidence to show its spam or false accounts represent no more than 5 per cent of all accounts, as the company estimates.

Musk’s lawyers also argue that Twitter did not “seek and obtain consent before deviating from its obligation to conduct its business in the ordinary course” in the firing of several executives.

However, experts say this argument seems unlikely to determine the case one way or another.

The eccentric billionaire could also have another change of heart.

In the past few months, Musk has repeatedly changed his mind: agreeing to join Twitter’s board, then deciding not to, putting the Twitter deal “on hold”, then revising the financing on the deal and finally announcing he does not want to buy Twitter anymore.

“Musk does not seem interested in buying the company at all,” said Lipton.

“That may change as litigation unfolds and both sides get a new understanding of the strength of their relative positions - and the court’s likely decision”.

It also appears unlikely that another buyer would purchase Twitter as there are no current known buyers interested in owning the platform.

Is Twitter down? Service appears to return after outage