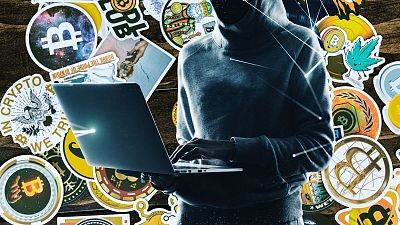 The British Army says an investigation is underway after its Twitter and YouTube accounts were taken over and appeared to promote cryptocurrency scams.   -   Copyright  Canva
By Euronews  with Reuters  •  Updated: 04/07/2022

The British Army has launched an investigation into a "breach" of its Twitter and YouTube accounts, which were briefly hacked on Sunday and used to post about cryptocurrencies and non-fungible tokens (NFTs).

"Apologies for the temporary interruption to our feed. We will conduct a full investigation and learn from this incident," a post on the @BritishArmy Twitter handle said.

The account had earlier retweeted several posts about NFTs. At one point it had its name changed to Bapesclan – an NFT holder club – and its profile picture to an ape-like cartoon figure in clownish make-up.

The army's YouTube account, which had been renamed "Ark Invest" and showed several videos relating to cryptocurrency using images of billionaire Elon Musk, was also restored to its original state on Sunday evening.

“We can confirm that yesterday there was a breach of the Army’s Twitter and YouTube accounts and an investigation is underway," an Army spokesperson told Euronews Next in an emailed statement on Monday.

“We take information security extremely seriously and whilst we have now resolved the issue an investigation is ongoing and it would be inappropriate to comment further.”

It is not clear who is behind the hacking incidents.

"I hope the results of the investigation and actions taken will be shared appropriately," he added in a tweet.

Ark Invest is the name of a global investment firm. The company did not immediately respond to a request for comment submitted via email and the company's website.

In July 2020, major US accounts were taken over by hackers in an apparent Bitcoin scam. The accounts affected included those of Musk, Jeff Bezos, Bill Gates, Barack Obama, Joe Biden and Kanye West.

Is Twitter down? Service appears to return after outage