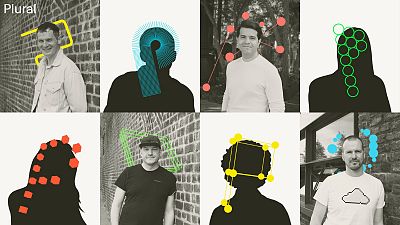 Four European entrepreneurs have launched a €250 million funding platform to back tech start-ups across the continent and disrupt the traditional venture capital model.

Set up by Ian Hogarth, Khaled Heloui, Sten Tamkivi and Taavet Hinrikus, the fund, named “Plural,” is run exclusively by former start-up founders and managers with decades of experience building companies from scratch.

Plural’s founders believe the “scar tissue” they’ve gained over the years can help the next generation of tech entrepreneurs, and the fund aims to be a “hands-on investor” focused on early-stage financing rounds worth between €1 million and €10 million.

The launch of Plural comes in the midst of financial market turbulences that have prompted venture capital funds to slow down investment in the tech sector.

“We’re the investors we would have liked to have when we were building our own companies,” Taavet Hinrikus, who co-founded money transfer company Wise, said in a statement.

“Founding a company is a craft and the best way to learn that craft is to work alongside those who have done it before”.

The move comes as Europe is trying to catch up with the United States in the technology sector.

Earlier this month, French president Emmanuel Macron said he wanted Europe to have 10 tech giants in the next five years, while in February the European Union eased funding rules for innovative semi-conductor plants to try and boost the EU's own technology chip industry.

Plural argues that Europe has created world-leading companies - it cites ASML, DeepMind, Arm - but is not yet fulfilling its potential in the tech sector.

“We believe in start-up ecosystems where the successful generation of founders, as broadly as possible, take an active role in giving back to the next generation of builders,” Plural says on its website.

“We are building a scalable network of peers to make this happen”.

It says it will back entrepreneurs that tackle “important missions largely in Europe, but not exclusively”. Its founders’ past investments have focused on start-ups that tackle climate change, aim to improve health care, foster equal opportunities and modernise governance.

Tamkivi was an early executive at Skype before he co-founded the digital nomad tool Teleport, which was sold to the talent mobility platform Topia in 2017.

“We’ve already seen the real impact a well-funded start-up scene can have on economies in small countries like Estonia – now it is time to scale this GDP level impact across the whole of Europe," he said.

Between them, Hogarth, Heloui, Tamkivi and Hinrikus have founded four start-ups - Wise, Songkick, Teleport and Certific - and helped build three companies, including Skype, Bigpoint and Topia.

All four founders have also been investing for years as business angels in the tech sector. Companies in their portfolio include Deliveroo, Hopin, Pipedrive, Chorus, Uber, Zego and Bolt.

How RT misinformation on Ukraine is circumventing EU’s sanctions