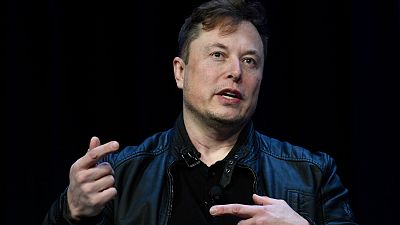 Elon Musk is threatening to walk away from his $44 billion (€41 billion) bid to buy Twitter, accusing the company of refusing to give him information about its spam bot accounts.

Through his lawyers, the billionaire CEO of Tesla and SpaceX warned in a letter dated Monday that Twitter was in a "clear material breach" of its obligations and that Musk reserved all rights to terminate the deal.

That letter was included in a filing from Twitter with the Securities and Exchange Commission.

It's the first time Musk has threatened to walk away from the deal in writing as opposed to airing it on Twitter's social media platform.

Earlier in May, Musk said he would put the deal "temporarily on hold", while he waits for the social media company to provide data on the proportion of its fake accounts.

The letter says Musk has repeatedly asked for the information since May 9, about a month after his offer to buy the company, so he could evaluate how many of the company’s 229 million accounts are fake.

"Musk believes Twitter is transparently refusing to comply with its obligations under the merger agreement, which is causing further suspicion that the company is withholding the requested data," according to the letter.

A self proclaimed free-speech absolutist, Musk has questioned the accuracy of Twitter's public filings about spam accounts representing less than 5 per cent of its user base, claiming they must be at least 20 per cent.

Musk said he needed the data to conduct his own analysis of Twitter users and did not believe in the company's "lax testing methodologies."

"Musk is clearly entitled to the requested data to enable him to prepare for transitioning Twitter's business to his ownership and to facilitate his transaction financing," his lawyers said in the letter.

Musk has said that he has lined up financing for the deal, through equity and loans, pulling in top shareholders including Saudi Arabian investor Prince Alwaleed bin Talal and Sequoia Capital.

Twitter has disclosed its bot estimates to the US Securities and Exchange Commission for years, while also cautioning that its estimate might be too low.

The bot problem also reflects a longtime fixation for Musk, one of Twitter’s most active celebrity users, whose name and likeness are often mimicked by fake accounts promoting cryptocurrency scams.

Musk appears to think such bots are also a problem for most other Twitter users, as well as advertisers who take out ads on the platform based on how many real people they expect to reach.

Elon Musk to staff: Return to office or ‘pretend to work’ elsewhere