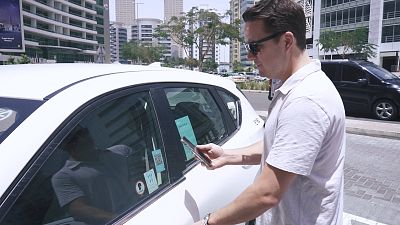 The business now operates in four different countries, and in addition to car-share, Vilhelm and his team say they are currently enrolling new services aimed at tranforming the self-mobility sector.

In 2019, ‘ekar’ was the highest utilised free floating car-share service in the world.

Drive for a better future

Vilhelm says he got the idea for the company from a friend and fellow entrepreneur, Ravi Bhusari, who told him about his experience of car-sharing in Canada.

“Every car that is shared means ten cars off the road; it reduces traffic, the need for parking and of course carbon dioxide emissions."

Explaining his own path to becoming an entreprenuer, Vilhelm says the influence of his father, a professor at MIT and later an entrepreneur, was hugely important.

"I was constantly listening to my father on the phone, [he was] speaking to people from all around the world doing different deals, and I was fascinated by it," Vilhelm says.

Before launching ekar, Vilhelm says he had several different business ideas but first chose to learn how to run a business by taking a job in a Norwegian shipping company. After a few years, he started his own company, QMS Global, which he later sold to start ‘ekar’.

“I wanted to make a bigger social impact”, he told Euronews.

_To watch the full interview, click on the video player above_

New virtual economy: what does the rise of The Metaverse mean?