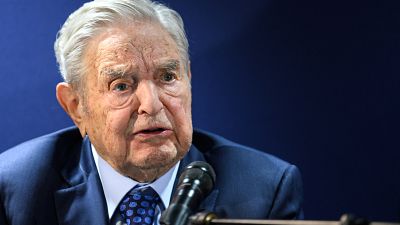 Speaking on Tuesday at a dinner for journalists on the sidelines of the World Economic Forum’s annual gathering in Davos, Switzerland, Soros said China and Russia were the greatest threats to open democratic societies today, thanks to the “rapid development of digital technology, especially artificial intelligence”.

AI “is particularly good at producing instruments of control that help repressive regimes and endanger open societies,” he said.

The 91-year-old former hedge fund manager also said digital technology, especially AI, had helped China to collect personal data for the surveillance and control of its citizens more aggressively than ever before.

“COVID-19 also helped legitimise instruments of control because they’re really useful in dealing with the virus” he added.

Soros also held forth on Russian President Vladimir Putin’s war on Ukraine and Chinese leader Xi Jinping’s decision to double down on his “zero COVID” policy, which he said was a big mistake because it pushed China’s economy into “freefall”.

On the war in Ukraine, he told Davos, according to a text of his speech released by his office: "The invasion may have been the beginning of the Third World War and our civilization may not survive it".

"The best and perhaps only way to preserve our civilization is to defeat Putin as soon as possible. That's the bottom line".

On climate change, Soros said it was on the verge of becoming irreversible and “that could be the end of our civilization”.