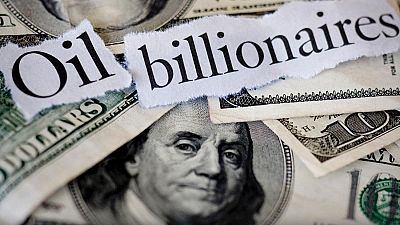 During the first two years of the coronavirus pandemic, a new billionaire was minted every 30 hours, according to a new report by Oxfam International.

While the billionaires who control these assets are set to profit even more, Oxfam warns hundreds of millions could be priced out of staying alive.

Oxfam International’s investigations also concluded that 2,668 billionaires own $12.7 trillion (€11.91 trillion) of the planet’s wealth, with the world’s 10 richest men owning more than the poorest 3.1 billion people on earth.

The report highlighted key industries which are thriving throughout the cost of living crisis. For instance, whilst global food prices have spiralled 33.6 per cent in the last year, global food giant Cargill has increased their wealth by $14.4 billion (€13.49 billion), 65 per cent since 2020.

Likewise, the big oil industry's profit margins have doubled during the pandemic, while the cost of energy is projected to soar by 50 per cent in 2022.

Meanwhile, the pandemic has created new pharmaceutical billionaires, profiting from the monopolies their companies hold over vaccines, treatments, tests, and personal protective equipment, the report said.

“As billionaires gather in Davos, Switzerland, in person for the first time in over two years, they have a lot to celebrate. During the COVID-19 pandemic their mountain of wealth has reached unprecedented and dizzying heights. The pandemic – full of sorrow and disruption for most of humanity – has been one of the best times in recorded history for the billionaire class,” read the report.

The report concludes by urging governments to introduce a one-off tax on billionaires’ pandemic profits to help the average person afford food and energy amid skyrocketing prices.

“Governments have significant scope to act and to rein in the extreme growth in billionaire wealth and corporate profits, and in turn ward off the unprecedented cost-of-living crisis that people are facing today,” the report added.

The report also argues for a temporary 90 per cent tax on excess profits to capture the windfall of profits of corporations across all industries - which will “reduce today’s profitings and create significant funds for investment”.