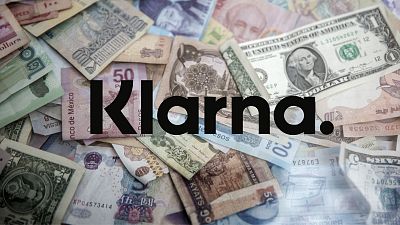 Swedish payments company Klarna will lay off around 10 per cent of its workforce, the company announced on Monday.

In a pre-recorded video message to staff, the "buy now, pay later" firm's CEO announced the layoffs ahead of “a likely recession”.

“When we set our business plans for 2022 in the autumn of last year, it was a very different world than the one we are in today,” Sebastian Siemiatkowski said, citing Russia’s war in Ukraine, reduced consumer spending, inflation, a volatile stock market and a likely recession.

"What we are seeing now in the world is not temporary or short-lived, and hence we need to act," he said in his message, which was later posted on the company's website.

Klarna has some 7,000 employees, suggesting around 700 workers will be fired.

The news was first reported by Swedish business daily Dagens Industri, after the video message was delivered to employees on Monday.

The tech startup is looking to raise up to 10 billion krona (€952 million) in a new financing round, Dagens Industri reports.

Inflation and fears of recession

The news of layoffs at Klarna, ahead of what the CEO said was "a likely recession", comes amid a difficult economic context in Europe.

Inflation has been at record levels in many European countries, with the level for the whole of the European Union expected to reach at least 6.8 per cent this year.

Russia's war on Ukraine, rocketing energy prices, and a slower than expected recovery from the coronavirus pandemic are all contributing to the rise in prices and squeezing household incomes.

Klarna's CEO said in his statement that those workers being let go in Europe will be offered "an associated compensation" while outside of Europe the process will depend on where the employee is based.

He added that all workers will be asked to work from home this week "in consideration of the privacy of the people affected by these changes".