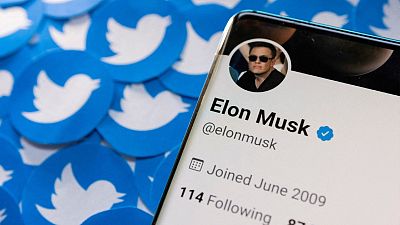 A report saying Tesla CEO Elon Musk's company SpaceX settled sexual harassment claims by a flight attendant on a private jet comes as the billionaire eyes a takeover of Twitter.

Below is an overview of some of the key legal questions arising from the claims, which were published on Thursday by Business Insider, and which Musk has denied.

What are the claims against Musk?

Business Insider reported on Thursday that SpaceX paid $250,000 (€234,200) in 2018 to settle claims by an unnamed private jet flight attendant who accused Musk of exposing himself to her.

The article quoted an anonymous person who said she was a friend of the flight attendant. The friend had provided a statement as part of a private settlement process, according to the article.

Has Musk faced any past sexual harassment complaints or lawsuits?

No. There are no other public harassment allegations against Musk.

Are Musk's companies facing sexual harassment or other employment lawsuits?

Tesla has faced accusations of race and sex discrimination, including a race bias class action lawsuit in California state court and a lawsuit by California's Department of Fair Housing and Employment, which alleges widespread race discrimination.

At least seven women have filed sexual harassment and discrimination lawsuits against Tesla since late last year. These lawsuits are at an early stage.

Tesla has broadly denied wrongdoing and said it has adopted policies to prevent and punish workplace misconduct.

Tesla is hardly unique in facing such legal challenges; most US companies with large workforces face some employment-related claims and lawsuits.

SpaceX is not facing lawsuits over sexual harassment, despite several accusations that female employees have made in the media and online. In December, for instance, a former SpaceX engineer wrote in a blog post that the company was "rife with sexism" and that her complaints of sexual harassment had been ignored.

SpaceX has said it rigorously investigates harassment and discrimination complaints and takes appropriate action when a company policy is violated.

Is Musk a defendant in the lawsuits against the companies?

No. Musk is not a defendant in any of the lawsuits. But, in several pending race discrimination and sexual harassment cases employees have accused him and other senior company leaders of being dismissive about misconduct and of allowing hostile workplace conditions to fester.

Where do the lawsuits stand and how have the companies responded to them?

A federal judge in April awarded $15 million (€14 million) to a Black Tesla factory worker who claimed he was subjected to racial slurs and racist graffiti by coworkers at a Fremont, California, factory. Tesla has sought to pause the California agency's lawsuit, claiming it failed to conduct a proper investigation before suing.

A California judge is expected to rule soon on Tesla's motion to send one of the sexual harassment lawsuits against Tesla to arbitration. The judge is presiding over five similar cases, so his ruling could also affect those lawsuits.

If Musk did settle with the flight attendant, would he have had a duty to disclose it to SpaceX's board?

Boards have a duty to ensure that companies comply with the law, including laws that prohibit sex discrimination.

While board members aren't expected to know about every single allegation of rule-breaking, "they'd be expected to have procedures to know claims of lawbreaking directly against the CEO," said Ann Lipton of Tulane Law School.

Reuters was unable independently to determine the source of any funds used to compensate the alleged victim in the SpaceX case.

Would Tesla's board know of the settlement?

Three 2016 SpaceX board members also served simultaneously on the board of Tesla.

But they have a duty of confidentiality for information obtained as a director, so they may not have shared the information with the Tesla board. Reuters was unable to ascertain whether these board members disclosed the settlement.

Musk is a large Twitter shareholder and has sought to buy the company, but when a board is selling a company for cash, its "only responsibility is to get the highest price for shareholders," she said.

Musk pledges more of his own money to fund Twitter deal

How can companies maintain their staff and operations always connected?