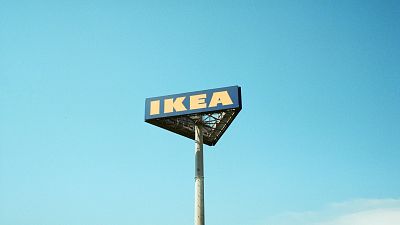 Cut price furniture retailer IKEA is investing €3 billion in its stores as it looks to capitalise on a boom in online shopping.

Ingka Group, the largest franchisee of the Swedish homeware chain, said on Monday that it would invest €3 billion by the end of 2023, building new stores and remodelling existing ones to cope with "increasing demand for home deliveries".

The money will be spent at locations around the world, Ingka Group retail manager Tolga Öncü told Reuters, although around a third will go towards testing new store formats and logistics set-ups in London.

"Most of it will be in our existing stores, since we talk about transforming, redesigning the purpose of the square metres," Öncü said.

The plans include a city-centre store on London's Oxford Street, as well as a new distribution centre east of the British capital, Ingka Group said.

During the COVID-19 pandemic, IKEA saw record demand for its furnishings as people spent more time at home.

At the same time, restrictions on movement sped up a growing tendency towards e-commerce among shoppers.

IKEA had already tried to adapt, with smaller, city-centre stores, a redesigned website and improved digital tools, but Öncü said the company needed to do more.

"We feel we have a catch-up to do on the back-end of our operation (and) we have realised that by including stores in our last mile and fulfilment design network we can create a win-win situation," he said.

Shipping online purchases from the warehouse sections of nearby out-of-town stores will mean faster and cheaper deliveries, with lower emissions, than by shipping from a few logistics centres, he said.

"Instead of building central warehouse capacities for online buys, why don't we send it from our IKEA stores?" Öncü said.

One of IKEA's traditional, "big-box" stores in Kuopio, Finland, has already been refitted to meet the new demands of online shoppers.

Following the rebuild, customers in Finland were able to receive their orders in half the time and at a reduced cost, Ingka Group said.

Estonia hit by massive cyberattack amid tensions with Russia