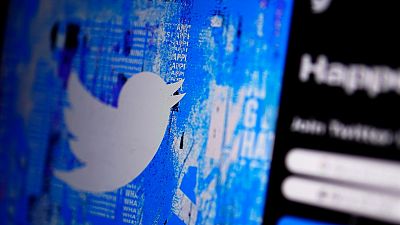 Twitter, which has become the centre of attention since the social media platform agreed to be bought by Elon Musk, said it had a bump in users in the first quarter but reported a revenue miss.

Twitter reported its earnings for the first quarter of 2022 on Thursday, which are slightly below estimates.

Twitter reported revenue of $1.2 billion (€940 million), compared with analysts' estimate of $1.23 billion, according to data from Refinitiv.

Overall revenue and advertising sales fell short of analyst estimates, due to the ongoing war in Ukraine with Twitter pausing ads in Ukraine and Russia in February due to the invasion.

However, Twitter also admitted an internal error led to the company overstating audience figures for three years between 2019 and 2021.

Twitter has been working to increase its earnings targets and user base by improving its targeting and measurement of ads.

The Tesla and SpaceX CEO said he wanted to buy Twitter because he thinks it’s not living up to its potential as a platform for "free speech" and has said Twitter should not serve advertising.

Musk has spoken about a subscription-based business model and a crackdown on bot accounts but a lot is still unclear about how Twitter would be moderated.

Musk’s acquisition is still pending and as such, Twitter said it was withdrawing all previous goals and outlook and would not provide any forward-looking guidance.

Estonia hit by massive cyberattack amid tensions with Russia

How are social media companies preparing for the US midterm vote?