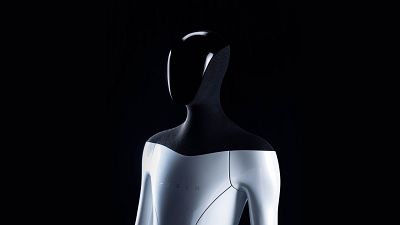 Tesla’s most important product development this year won’t be its electric vehicles.

Instead, the focus will be on a humanoid robot the company is building, which is being internally named “Optimus”, and the software for autonomous cars.

Tesla chief Elon Musk said during an earnings call on Wednesday that the robot is the “most important product development we’re doing this year”.

It isn’t the first time we’ve heard of the robot. It was first unveiled by Musk during Tesla’s AI Day event in August.

The company said the robot will be 5-foot-8-inch (1.73m) and weigh around 56kg. Its purpose is to take over dangerous tasks from humans.

Musk said on Wednesday the robot "has the potential to be more significant than the vehicle business over time.”

"The foundation of the economy is labour. So what happens if you don't actually have a labour shortage? I'm not sure what an economy even means at that point. That's what Optimus is about. So – very important," he added.

The robot, also known as the Tesla Bot, may seem a bizarre move from the company that makes EVs but Musk said in August it is a natural progression for the company since its cars are “like semi-sentient robots on wheels".

Musk added that the robot would have the same AI computer and "autopilot cameras" that Tesla vehicles have.

The Tesla chief said back in August that a prototype would be ready by sometime in 2022. He added that the robot would first be put to use on its factory floors, "moving parts around the factory or something like that".

Another focus for the company will be autonomous cars.

Some 60,000 Tesla drivers are currently testing the latest self-driving software. But Tesla and the other companies that are working on driverless technology have run into issues, specifically with regulation.

Musk said full self-driving would become "the most important source of profitability for Tesla."

No new vehicles this year

As for new vehicle releases, Musk said its Cybertruck and Roadster, originally planned to be launched in 2022, will be delayed to “hopefully next year”.

He also confirmed no new vehicles will be announced this year.

“If we were to introduce new vehicles, our total vehicle output will decrease,” Musk said. “We will not be introducing new vehicle models this year”.

He said the main issues were battery production, pricing and how much people were willing to pay for the Cybertruck.

But he said: “At some point, we will. We have enough on our plate right now. Too much frankly”.