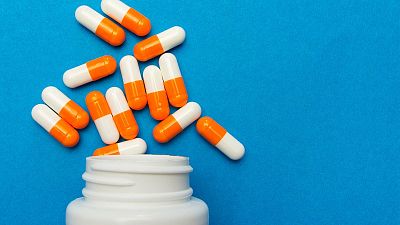 More than 1.2 million people died from drug-resistant infections in 2019, according to a new study.

The research published in the Lancet, which analysed data from 204 countries and territories, reveals that antimicrobial resistance is now a leading cause of death worldwide, higher than HIV or malaria.

The study estimates that it caused 1.27 million deaths in 2019 and was associated with a further 4.95 million.

These deaths occurred due to common, previously treatable infections - including lower respiratory infections like pneumonia and bloodstream infections - because the bacteria that cause them have become resistant to treatment.

"These new data reveal the true scale of antimicrobial resistance worldwide, and are a clear signal that we must act now to combat the threat," said Chris Murray, the study’s co-author and a professor at the Institute for Health Metrics and Evaluation at the University of Washington in the US.

"Previous estimates had predicted 10 million annual deaths from antimicrobial resistance by 2050, but we now know for certain that we are already far closer to that figure than we thought. We need to leverage this data to course-correct action and drive innovation if we want to stay ahead in the race against antimicrobial resistance".

Antibiotics continue to save lives but their use can contribute to the development of resistant germs. The European Medicines Authority (EMA) has described antibiotic resistance as a "silent pandemic".

Antibiotics kill some germs that can cause infection as well as helpful germs that protect our body from infection. The antibiotic-resistant germs survive and multiply. These surviving germs have resistance traits in their DNA that can spread to other germs.

When already hard-to-treat germs have the right combination of resistance mechanisms, it can make all antibiotics ineffective, resulting in untreatable infections.

What can be done to reduce the number of deaths?

The EMA says that the use and misuse of antimicrobials accelerate the emergence of resistant strains.

In an awareness campaign last year, the EMA urged doctors to only prescribe antibiotics when truly necessary and for patients to only take antibiotics as prescribed by a doctor.

It also warned that “the lack of new antibiotics entering the market exacerbates the problem”.

The researchers in the Lancet study outlined immediate actions for policymakers that they say will help save lives and protect health systems.

These include optimising the use of existing antibiotics, taking greater action to monitor and control infections, and providing more funding to develop new antibiotics and treatments.

Watch the full interview with Professor Ramanan Laxminarayan from the University of Washington in the video player above.

‘Pandemic within the pandemic’: Is Europe underestimating long COVID?

'Forever chemicals' in tap water near Lyon: How harmful are they?

Bloody good policy? The countries that have tried menstrual leave

Mysterious hepatitis cases rise to 348 worldwide. Is COVID a factor?