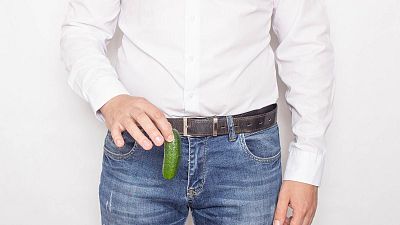 Despite having been at the forefront of our consciousness for over two years now, the full effects of COVID-19 on our bodies are still being studied.

While the initial signs of the virus are now well known, additional symptoms associated with new COVID-19 variants and "Long COVID" are continually being discovered and documented.

The case of a man in the United States has drawn widespread media attention to what he believes is a seldom-discussed side effect of coronavirus - a reduction in the size of his penis.

In an episode of Slate’s advice podcast "How to Do It" broadcast on January 9, hosts Jessica Stoya and Rich Juzwiak discussed a letter from a listener, a man in his 30s, who describes living with the long-term effects of COVID-19 on his manhood.

Inch and a half shorter

In the letter to the show, the man explained that he contracted the virus in July 2021 and was hospitalised. After being discharged, he experienced "some erectile dysfunction issues" which eased after seeking medical attention.

He added, though, that he "seemed to be left with a lasting problem" after he noticed his previously "above average" penis had shrunk by an inch and a half compared to its size before he was ill with the virus.

According to the man, who is not named in the correspondence, his doctors advised him that the shrinkage was due to "vascular damage" and is likely permanent.

The connection between COVID-19 and issues with the reproductive system is still a grey area but some studies that have already been carried out have made tentative links between the virus and conditions such as erectile dysfunction (ED).

A small study by the University of Miami Miller School of Medicine in Florida, the US, analysed penile tissue from four men who had previously contracted the virus - two undergoing surgery for a penile prosthesis to treat ED and two who weren't.

Researchers discovered traces of the virus could still be found in the genitals months after infection.

The findings, which were published in the World Journal of Men’s Health in July last year, led the researchers to conclude that the virus may restrict the supply of blood to the genitals which in time could result in difficulty in achieving an erection.

The link between poor circulation and COVID-19 has been established in relation to other body parts with infected patients presenting symptoms including "COVID toes," a condition similar to frostbite seen in some coronavirus cases.

A study published by the University College London in July 2021 identified over 200 symptoms now associated with Long COVID from a data set of 3,762 participants from 56 countries.

As well as more unusual long-term effects such as vision loss, new allergies, and the inability to cry or yawn, some of the rarer symptoms of the condition that were noted in the study focused on the reproductive system.

In women, this has meant the early onset of menopause and irregular periods being noted. For men, a decrease in the size of the genitals - both the penis and the testicles - was noted in some of the participants which is consistent with the case of the man from the US.

Just as scientific inquiry is still ongoing into the long-term effects of the virus, there is no consensus as yet on how to treat and revert the potential damage caused by COVID-19 to reproductive organs.

Speaking to Slate as a guest of the "How To Do It" podcast, Dr Charles Welliver, a urologist at Albany Medical College, said he believed treatment could include rehabilitation, including using devices like penis pumps to help return lost girth and length.

"The original step [for temporary loss] was to try and use at low dose daily Viagra or something along those lines," he told Slate.

"But more recently, we started looking at a different kind of stretching devices or traction devices.

"There’s one called RestoreX, which is used that the data is actually very good at about regaining length and maintaining length. And there’s other ones called vacuum erection devices… which also have some potential benefit".