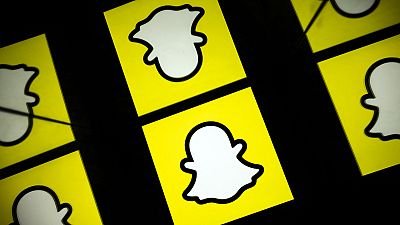 The southern Norway traffic police department took down the photo after complaints from members of the public   -   Copyright  LIONEL BONAVENTURE/AFP
By Tom Bateman  •  Updated: 12/01/2022

Norwegian traffic police are under investigation by the country's law enforcement watchdog after a photo of a man undergoing a medical procedure while under arrest was posted to the southern Norway local department's official Snapchat.

The photo posted on January 6 showed the man taking a blood test in hospital under police supervision, after being stopped on suspicion of driving while intoxicated.

While his face was not visible in the photo, critics said the Snapchat post included potentially identifying information, including the small town in southern Norway where the arrest took place which is home to just 14,000 people.

Rebekka Lossius, a Norwegian psychologist, and drug law reform advocate, complained to the National Mobile Police Service - known as the Utrykningspolitiet or 'UP' in Norwegian - after she saw the post.

"It is with high probability that family and friends would have been able to recognise the arrestee by his physical features and clothing, in addition to information about the location and his previous drug law offence," she told Euronews Next.

"What I also find deeply disturbing about this photo is the context it is taken in. The man who was arrested is under force by the police in the emergency room, taking a drug test, which must be considered a vulnerable and degrading situation" she said.

In a statement, the UP told Euronews Next that it could not directly respond to questions about the incident while an investigation by the Norwegian Bureau for the Investigation of Police Affairs was ongoing.

However, in comments sent by email, UP director Knut Smedsrud said the photo had been deleted following negative responses from the public.

"One of our police patrols posted a picture on Snapchat of a person who had been caught driving while intoxicated. He was about to give a blood sample. The picture did not show the face, but from the chest and down. We got some reactions to this. A closer assessment of the image was made and led to the image being deleted from Snapchat after a short time," he said.

Smedsrud also acknowledged the privacy implications of sharing the image, saying, "this publication on Snapchat was unfortunate due to privacy and our police service will learn from this. Our guidelines for the use of social media will be revised to make sure similar publications do not happen again".

Recent incidents involving police officers' misuse of their personal social media in the United Kingdom have illustrated the kind of privacy violations that can occur when people in positions of power share inappropriate information online.

In November last year, two former officers from London's Metropolitan Police were convicted of misconduct in public office after sharing graphic images of two sisters who had been stabbed to death in a London park with WhatsApp groups.

In December 2021, another police officer in Liverpool was sacked after investigators found he had taken selfies at the scene of a murder and shared photos of men in hospital who had been detained by police under mental health regulations on WhatsApp.

Not the first time

In the case of the UP Snapchat incident, the photo appeared on an official, public social media account, leading to allegations that the department did not pay sufficient attention to privacy concerns on social media.

"This case is not unique. I have previously seen several types of photos of arrestees on the social media accounts of the Norwegian National Mobile Police Service," Lossius said.

"This photo is just a representation of a culture in the National Mobile Police Service, where keeping identifying information about the arrested confidential, does not seem to be a major concern," she added.

The UP did not respond directly to Euronews Next's questions about how decisions to post images on social media were taken, nor did it clarify whether or not similar photos have been posted in the past.

The department said it used Snapchat as a preventative tool to share safety information and educate younger drivers as part of its traffic safety remit.

"We are keen to inform about the consequences that result from speeding violations, driving under the influence, inattention etc. In addition, we occasionally share everyday moments," Smedsrud said.

Australia uses facial recognition to check in on COVID quarantine