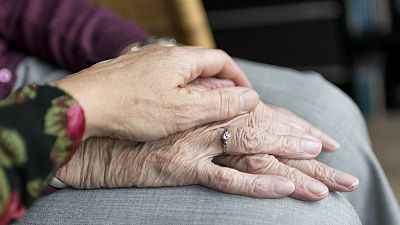 Population growth and ageing is expected to drive the increase in adults with dementia.   -   Copyright  Canva
By Ian Smith  •  Updated: 07/01/2022

The number of adults living with dementia worldwide is expected to nearly triple to 153 million by 2050, a new study has found.

Researchers suggest that the increase is mainly being driven by population growth and ageing. However, they also point to four risk factors for dementia - smoking, obesity, high blood sugar, and low education - as other causes for the increase.

Dementia is currently the seventh leading cause of death worldwide and one of the major causes of disability and dependency among older people globally, with global costs in 2019 estimated at more than €880 billion.

How will Europe fare?

Dementia cases are expected to rise in every country, but much of Europe is estimated to see smaller, yet still significant, increases compared to other parts of the world.

According to the estimates, the largest increase will be in North Africa and the Middle East at 367 per cent, followed by sub-Saharan Africa at 357 per cent.

Western Europe is expected to see an increase of 74 per cent from almost 8 million cases of dementia in 2019 to nearly 14 million in 2050.

Central Europe is projected to see a rise of 82 per cent from nearly 2 million adults with dementia to close to 3.6 million, while Eastern Europe is set to see a jump of 92 per cent from 2.9 million to over 5.5 million cases.

How to prevent the increases?

“We need to reduce exposure to the leading risk factors in each country,” lead author Emma Nichols from the Institute for Health Metrics and Evaluation (IHME) at the University of Washington said.

“For most, this means scaling up locally appropriate, low-cost programmes that support healthier diets, more exercise, quitting smoking, and better access to education. And it also means continuing to invest in research to identify effective treatments to stop, slow, or prevent dementia”.

Although dementia mainly affects older people, it is not an inevitable consequence of ageing.

The authors of this new research acknowledged their analysis was limited by a lack of high-quality data in several parts of the world and by studies using different methodologies and definitions of dementia.