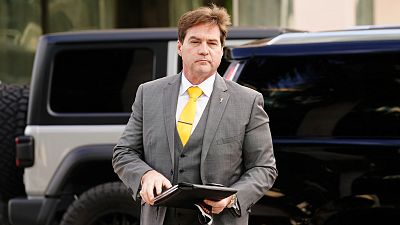 Craig Wright, a computer scientist who claims to be the inventor of Bitcoin, prevailed in a civil trial verdict on Monday against the family of a deceased business partner that claimed it was owed half of a cryptocurrency fortune worth tens of billions.

A Florida jury found that Wright did not owe half of 1.1 million Bitcoin to the family of David Kleiman.

The jury did award $100 million (€88.6 million) in intellectual property rights to a joint venture between the two men - a fraction of what Kleiman's lawyers were asking for at trial.

David Kleiman died in April 2013 at the age of 46. Led by his brother, Ira Kleiman, his family has claimed David Kleiman and Wright were close friends and co-created Bitcoin through a partnership.

At the center of the trial were 1.1 million Bitcoin, worth approximately $50 billion (€44.2 billion) based on Monday's prices.

These were among the first Bitcoin to be created through mining and could only be owned by a person or entity involved with the digital currency from its beginning - such as Bitcoin's creator, Satoshi Nakamoto.

Now the cryptocurrency community will be looking to see if Wright follows through on his promise to prove he is the owner of Bitcoin. Doing so would lend credence to Wright's claim, first made in 2016, that he is Nakamoto.

Meta’s Whatsapp trials crypto payments in the US

Russia bets on digital ruble to fend off Western sanctions