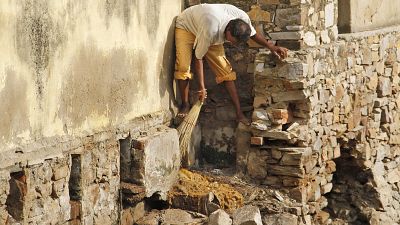 Unlike many of the international days we mark, World Toilet Day - which has been an annual United Nations Observance since 2013 - is perhaps one of the more readily misunderstood ones.

Toilets, and the sanitation systems that support them, "suffer from underfunding, poor management and neglect in many parts of the world," the organisation flagged.

The consequences are devastating for health, the economy and the environment, especially among the poorest and most marginalised populations.

On November 19, the UN sounded the alarm: too many people in the world do not have access to proper sanitation or facilities essential for "hygiene, safety and dignity".

Access to toilets may seem like a basic right, and one taken for granted by many. Yet today, 3.6 billion people around the world do not have access to adequate facilities, according to the UN.

Without proper toilets and sanitation systems, human faeces remain untreated and can be a real threat to public health.

“When some people in a community do not have safe toilets, everyone’s health is threatened,” the UN warned.

A health necessity in times of pandemic

The COVID-19 pandemic has demonstrated the critical importance of proper sanitation, hygiene and adequate access to clean water for preventing and containing diseases.

According to the NGO WaterAid, 1.8 billion people are at higher risk of COVID-19 and other infectious diseases because they use or work in a healthcare facility that does not have water.

Despite being the predominant disease in the public consciousness, COVID-19 isn’t the only virus related to poor access to clean water: every day, over 700 children under 5 die from diarrhoea linked to unsafe water, sanitation and poor hygiene, the UNICEF pointed out in its report called ‘Water security for all’.

Sanitation workers, those who clear and dispose of human faeces, worked on the frontline of the pandemic throughout national lockdowns, in hospitals and quarantine centres, as well as in the heart of communities with poor access to safe water, decent sanitation and good hygiene facilities.

For Iliyasu Abbas, 50, a pit latrine and septic tank emptier in Nigeria, the struggle is a daily threat.

“The major risks we face during our work are harassment, injury, loss of a limb or our lives,” he told EBU. “About two years ago, while emptying a pit at night, a concrete block from the toilet structure broke off and fell on my head”.

Watch the full interview with Lorraine Kingsley, CEO of Toilet Twinning, in the video player above.

How do toilets protect women?

Exposure to human faeces has devastating effects on public health, nutrition, but also on the safety of populations and particularly the most vulnerable.

In the absence of closed toilets, women are more exposed to the risk of assault.

According to the United Nations High Commissioner for Refugees, girls and women who walk long distances to water points are at risk of sexual violence.

The lack of toilets also has a serious impact on access to education.

Recurrent diarrhoea causes absenteeism among children who do not have adequate toilets at home, French NGO Action contre la faim pointed out.

Menstruating girls in particular need clean toilets in schools - ones that are single-sex, functional, and private with water, soap and a waste bin - to avoid dropping out.

Across South Asia, more than a third of girls miss one to three days of school per month during their menstrual period, and in sub-Saharan Africa, one in ten girls misses school during her menstrual cycle, representing up to 20 per cent of the school year.

Patient without COVID vaccine denied heart transplant by US hospital