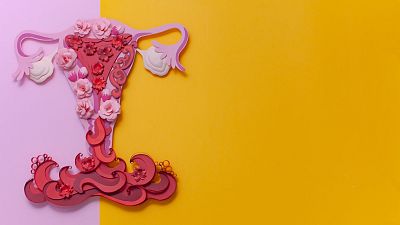 What do you know about endometriosis?

The condition is a chronic inflammatory gynaecological disease that causes, among other things, intense pain in the lower abdomen.

Worldwide, 10 per cent of women suffer from endometriosis, according to the charity Endometriosis UK. This represents 176 million overall.

And in the UK, around 1.5 million women and those born as girls suffer from endometriosis, which comes to one in ten women affected by the condition.

But why do we know so little about it? And why does it take so long to get a diagnosis?

The tide is beginning to turn in the fight to better inform the wider public of the disease. For instance, a short film called “The Wait”, featuring children speaking out about the pain felt by the women who are affected, has just been released to raise awareness of the condition, one of a clutch of recent campaigns to draw attention to its effects.

The stories in the film are told n by eight-year-old children, the number of years it takes to be diagnosed with endometriosis.

“That’s eight long years of enduring terrible pain and the feeling of not being heard,” according to Initimina, the Swedish intimate products company who released the film.

In order to understand endometriosis (pronounced en-doh-mee-tree-oh-sis), it is important to first know what the endometrium is. It is the mucous membrane that lines the inner wall of the uterus.

During the menstrual cycle and due to oestrogen, the endometrium thickens to accommodate a possible pregnancy. If there is no fertilisation, the endometrium is eliminated and evacuated by the vagina - this is what is known as a period.

In women with endometriosis, tissue with the same characteristics as the endometrium develops outside the uterus in abnormal locations, such as the ovaries, vagina, fallopian tubes, rectum, bladder or intestines.

These tissues can cause lesions, nodules or cysts in the areas where they are found, or just extreme pain.

Common symptoms can be cyclical pelvic pain, pain during intercourse, or pain leading up to and during a woman’s periods.

“At 15 I had started experiencing dreadful pain during menstruation – pain which grew worse as the years went on,” Aisha Balesaria, one of the voices heard in Intimina’s See+Heard campaign, described.

“It was tremendously difficult waking up in pain and going to bed in pain and doing the same thing all over again the next day. The pain was so intense, it left me confined to my bed. At some points, I felt I couldn’t carry on living with the excruciating pain”.

It took 15 years for doctors to diagnose Balesaria with endometriosis.

Endometriosis can affect women of any age. It’s a long-term condition that can have a significant impact on their life.

Why does it take so long to be diagnosed and taken seriously?

“The pain I was experiencing was dismissed as ‘bad periods’. I felt completely helpless and hopeless,” Balesaria added.

“It was extremely challenging waiting for someone to believe me and over time my symptoms worsened. It would be many years later before I’d receive the correct diagnosis. I felt there was little empathy towards my suffering during the years I tried to get help, and my symptoms were downplayed nearly all of the time.”

On average it takes eight years to be diagnosed with endometriosis.

According to expert gynaecologist Dr. Shree Datta, “the reasons behind the delay are wide-ranging, but nevertheless, every possible action needs to be taken to drive down the wait time for people suffering from endometriosis”.

“It may take a long time to report symptoms to a doctor, when you’re not familiar with menstrual cramps after just starting your period,” she added.

“It can also be uncomfortable speaking to a doctor about issues such as pain during sex, or difficult to describe the symptoms clearly.”

There is also a widespread belief that periods are painful so women may take longer to realise their pain is “unusually debilitating”, the doctor noted.

Women may be sent to a urologist or gastroenterologist first as the way in which endometriosis presents itself varies from person to person and doesn’t necessarily show symptoms.

‘The wait must end’

Katie Beales waited nine years before the diagnosis was found.

“Waiting years for a diagnosis made me question my own sanity,” she recalled.

“At points, I started to believe that it was all in my head. I had so much ambition and this condition took so much away from me. The pain was so bad I couldn’t leave my bed, I would vomit and I couldn’t eat. I became a shell of myself. Endometriosis is lonely. It changed my identity”.

According to an inquiry led by the UK All Party Parliamentary Group and Endometriosis UK, the eight-year-old statistic hasn’t changed in over a decade.

“As a global society we have to be more aware of endometriosis, more sympathetic towards those that have it, to speak up and do everything in our collective power to close the gender health gap and to break the taboos and biases that are not just attached to endometriosis, but to menstrual wellbeing in general,” Marcella Zanchi, a spokesperson for Intimina, said.

There is no cure for endometriosis.

The first step is of course visiting a gynaecologist. Common treatment options available to women with endometriosis are surgery, hormone treatment, and other types of pain relief. But the condition can return even after surgery.

Number of tobacco smokers worldwide in decline, says WHO