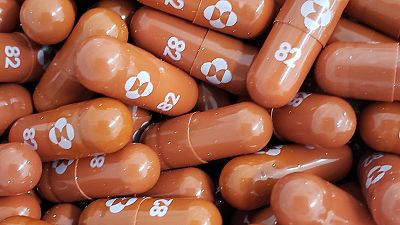 The antiviral drug molnupiravir could become the first oral method that could be a possible treatment for COVID-19, after studies showed it can reduce the risk of hospitalisation or death in newly diagnosed patients.

Developed by pharmaceutical giant Merck in collaboration with Ridgeback Biotherapeutics, molnupiravir could be used alongside vaccines to improve accessibility to COVID-19 treatment and help countries manage the pandemic around the world.

In a recent international clinical trial of 775 unvaccinated and high-risk people, the drug was shown to cut the risk of hospitalisation or death by approximately one half.

The data, which was released by Merck, also showed that molnupiravir demonstrated consistent efficacy across the viral variants Gamma, Delta, and Mu.

“With the virus continuing to circulate widely, and because therapeutic options currently available are infused and/or require access to a healthcare facility, antiviral treatments that can be taken at home to keep people with COVID-19 out of the hospital are critically needed,” said Wendy Holman, chief executive officer of Ridgeback Biotherapeutics, in the study mentioned above.

How do COVID-19 pills work?

Initially developed as a potential treatment for influenza, molnupiravir works by stopping the coronavirus from multiplying and destroying more cells. Once metabolised by the body, it incorporates RNA-like building blocks into the virus's genome, which disrupts replication by creating mutations so that the virus can no longer spread.

“When the viral RNA then gets replicated to produce new viruses, it contains numerous errors, so-called mutations. As a result, the pathogen can no longer reproduce,” says Florian Kabinger, a doctoral student in Cramer's department.

The course of treatment involves four 200-milligram capsules that are taken twice a day for five days after a patient is diagnosed with COVID-19.

When will it be approved for use?

Following the successful results from its initial trial, Merck is seeking emergency use authorisation for molnupiravir from the Food and Drug Administration.

Many countries in the Asia-Pacific are already placing orders to procure the drug, according to analytics by the company Airfinity, leading to worries that past vaccine-hoarding by wealthier countries could repeat itself, leaving lower-income countries missing out again.

The Bill & Melinda Gates Foundation will also provide new funding to support the development and manufacture of generic versions of the molnupiravir.

Merck intends to produce 10 million courses of treatment by the end of 2021, with more doses expected to be produced in 2022.

How does Molnupiravir work alongside COVID-19 vaccines?

While initial data on molnupiravir proves encouraging, experts have warned that it should not be seen as an alternative to vaccination, which is still the best form of protection against getting COVID-19 in the first place.

For those that don’t qualify or can’t get access to vaccination, molnupiravir could provide a frontline solution following the onset of symptoms.

COVID measures could be reimposed as cases surge in Europe

Inmates sue after receiving Ivermectin to treat COVID without consent