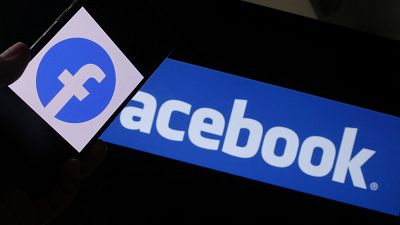 Facebook has been fined £50.5 million (almost €60 million) by the UK's Competition and Markets Authority (CMA) after being accused of breaking its rules during the US social media giant's purchase of the GIF platform Giphy in 2020.

The CMA said on Wednesday Facebook deliberately failed to comply with its order, ignored many warnings, and had not provided information. Facebook denies deliberately breaking rules.

The CMA said: "Facebook is required, as part of the process, to provide the CMA with regular updates outlining its compliance with the IEO.

"Facebook significantly limited the scope of those updates, despite repeated warnings from the CMA."

"We warned Facebook that its refusal to provide us with important information was a breach of the order but, even after losing its appeal in two separate courts, Facebook continued to disregard its legal obligations," Joel Bamford, senior director of mergers at the CMA, said in a statement.

"This should serve as a warning to any company that thinks it is above the law."

Giphy is a platform and search engine for "stickers" and other products using the graphics interchange format or GIFs.

Responding to the CMA fine, Facebook said: "We strongly disagree with the CMA's unfair decision to punish Facebook for a best-effort compliance approach, which the CMA itself ultimately approved.

"We will review the CMA's decision and consider our options."

Facebook faces a storm of criticism since a whistleblower leaked internal studies showing the company knew its sites could be harmful to young people's mental health.

How are social media platforms regulated?

US authorities have struggled to regulate social media platforms like Facebook amid criticism that the tech giants trample on privacy and provide a megaphone for dangerous misinformation.

US authorities on Tuesday said Facebook had agreed to pay up to $14 million (€12 million) to settle a government lawsuit accusing the tech giant of favouring immigrant applicants for thousands of high-paying jobs.

In the UK, the CMA on Wednesday added it had fined Facebook £500,000 (almost €600,000) for changing its chief compliance officer on two separate occasions without first seeking consent.

The watchdog also said its investigation into Facebook's takeover of Giphy remains ongoing.

Tech this week: Tesla and Hertz’ $4bn deal and Facebook under pressure