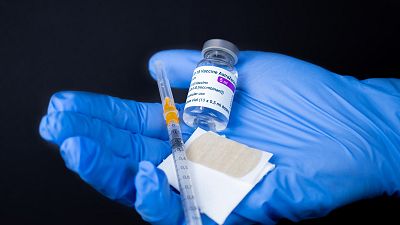 The case for issuing COVID-19 booster shots to ward off a possible rise in infections this winter has been given a boost of its own, after UK researchers concluded that the protection gained from a double dose of the vaccine begins to fade within six months.

The effectiveness of the Pfizer/BioNTech vaccine at preventing COVID-19 infection in the month after the second dose fell from 88 per cent to 74 per cent, according to analysis of data collected in the UK-based Zoe COVID symptom study.

For the Oxford/AstraZeneca jab, effectiveness fell from 77 per cent to 67 per cent after four to five months.

The study was based on data from more than 1.2 million test results.

Previous analysis had suggested that the vaccines provided protection for at least six months.

Tim Spector, principal investigator for the Zoe COVID study warned that protection could fall below 50 per cent for older people and healthcare workers by the winter.

"It's bringing into focus this need for some action. We can't just sit by and see the protectiveness slowly waning whilst cases are still high and the chance of infection still high as well," Spector told BBC News.

The latest study follows the UK government’s announced plans for a COVID-19 vaccine booster campaign later this year, after public health advisers said it might be necessary to give third shots to the elderly and most vulnerable from September.

It also follows the government’s announcement on Monday that it has agreed to buy an additional 35 million doses of the Pfizer/BioNTech vaccine.

France’s health regulator Haute Autorité de Santé (HAS) on Tuesday also recommended giving booster shots to people over the age of 65 and those with existing health conditions.

Others are waiting until the end of August, or until they have compiled sufficient data, to decide.

However, earlier this month World Health Organisation director-general Tedros Adhanom Ghebreyesus called for a suspension of booster jabs at least until the end of September, to enable at least 10 per cent of the population of every country to be vaccinated by then.

The Zoe COVID study builds on recent research by Oxford University concluding that Pfizer and AstraZeneca coronavirus vaccines are less effective against the Delta variant three months after inoculation.

According to that study, 90 days after receiving both doses, the effectiveness of Pfizer/BioNTech slipped to 75 per cent, compared to 93 per cent two weeks after being jabbed.

Oxford/AstraZeneca’s efficiency dropped to 61 per cent after three months from 71 per cent two weeks after the second dose.