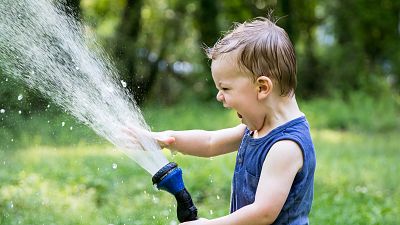 Fibre-optic broadband in the UK could get a boost from new government plans to route the high speed cables through water pipes.

The British government on Monday announced £4 million (€4.7 million) in funding for projects that would trial running cables through drinking water pipes, which it said would avoid the disruption caused by digging up land and roads for traditional cable installation.

Routing the cables through existing water pipes would also be cheaper, the government said.

Building works like digging up roads and installing new cable ducts and poles can make up as much as four-fifths of the cost of installing fibre-optic connections.

The trial could also see leak-detecting sensors installed in the pipes along with the fibre optic cables.

According to the UK government, 20 per cent of the country’s water supply is lost to leaky pipes every day.

The trial would search for solutions that could allow water companies to improve the speed and accuracy with which they can identify a leak and repair it, the government said.

Lot of work to do to boost broadband

But there's a lot of work to do.

Figures from the Organisation for Economic Co-operation and Development (OECD) show that full-fibre (as opposed to "fibre to the cabinet" or FTTC) accounts for just 4.7 per cent of Britain's broadband connections.

That compares to South Korea - the global leader for fast internet speeds - at 84.7 per cent and European leaders Lithuania and Sweden at 76.5 and 75 per cent respectively.

However, in January a committee from the nation's parliament found that there was little prospect of meeting that goal, saying the government had "failed to make meaningful progress" in removing the barriers to full-fibre installation.

What's next for the UK's broadband network?

The proposed water pipe trial is part of a strategy to speed data connection upgrades by using existing infrastructure for other services like gas and electricity.

"Fibre is the future of digital communications. Its unmatched performance and reliability can seamlessly connect our society together. But it took over a hundred years to build the legacy copper network, so replacing it with fibre won’t be easy," said Stephen Unger from the UK's Geospatial Commission – a group of experts tasked with informing policy around location data.

"The best way to meet this challenge is to use existing infrastructure, such as the water pipes that already reach every home and business in the country. Our ambition must be for reliable broadband to become as easy to access tomorrow as drinking water is today".

The trial, which will last until March 2024, would be carried out by a consortium of engineering, utility, and telecommunications companies, the government said.

It would build on previous moves to give broadband suppliers access to existing infrastructure, with electricity poles in England already being used to carry broadband cables.

'Taste your TV': This professor has invented a 'lickable' screen

Flush with success: Are these the most bizarre toilet innovations?