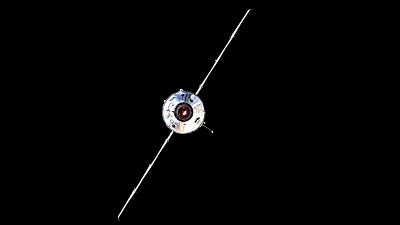 A Russian module docked at the International Space Station (ISS) accidentally fired its thrusters on July 29, causing the 109-metre-long station to deviate from its usual position.

US space agency NASA's first assessment was that the ISS had twisted 45 degrees from its normal orientation as the Nauka laboratory module's thrusters fired.

Now we know it was far more than that.

Speaking to the New York Times, NASA flight director Zebulon Scoville said the space station had in fact spun 540 degrees - one and a half full rotations - before coming to a rest upside-down.

Update: @space_station was 45° out of attitude when Nauka's thrusters were still firing & loss of control was discussed with the crew. Further analysis showed total attitude change before regaining normal attitude control was ~540°. Station is in good shape & operating normally.

Scoville, who had stepped in to cover for another flight director shortly before the incident occurred, said it was the first time in his career he had been forced to declare a "spacecraft emergency".

"Never have I ever: 1) been prouder of the team that sits in MCC [Mission Control Centre] and lives on @Space_Station, 2) had to declare a spacecraft emergency until now, 3) been so happy to see all solar arrays + radiators still attached," he wrote on Twitter.

The station needs to maintain a specific attitude – its orientation in space – to generate maximum power from its solar panels and to stay in communication with Earth.

Tweeting shortly after the incident, flight director Scoville summed up his experience of what had happened.

Officials from both NASA and Russian space corporation Roscosmos have said neither the station nor its crew were in danger during the incident which lasted around an hour.

On Wednesday, Roscosmos' director of crewed spaceflight Sergei Krikalev told Russian television the incident had not caused any observable damage to the station.

"It appears there is no damage, but it’s up to specialists to assess how we have stressed the station and what the consequences are," he said.

“Most importantly, the maximum rate and acceleration of the attitude change did not approach safety limits for station systems and normal operations resumed once attitude control was regained”.

Apple to scan US iPhones for images of child sexual abuse

EVs explained: A look under the hood to see how electric cars work