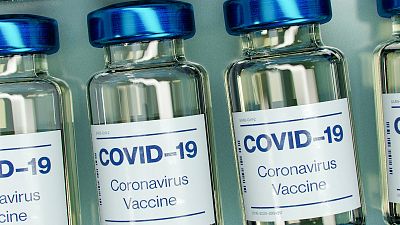 With both doses of the COVID-19 vaccine people are three times less likely than the unvaccinated to test positive   -   Copyright  Unsplash   -
By Wale Azeez  •  Updated: 05/08/2021

Researchers in the UK have found that people who’ve had both doses of the COVID-19 vaccine are three times less likely to test positive for the virus than unvaccinated people.

The study found that 0.40 per cent of those who’d had the double jab were found to be positive, compared to 1.21 per cent of unvaccinated people.

In addition, it concluded that fully vaccinated people were half as likely to test positive after coming into contact with someone who had COVID-19 than unvaccinated people - 3.84 per cent of the sample compared to 7.23 per cent respectively.

The study findings are the latest from the Real Time Assessment of Community (REACT-1) test run by Imperial College in London which monitors COVID-19 infection levels over time across England.

'No vaccine's 100 per cent effective'

The results for the latest round of the study were based on 98,233 swab tests taken at home between June 24 and July 12 this year, with samples analysed by PCR testing.

These findings confirm our previous data showing that both doses of a vaccine offer good protection against getting infected.

After analysing PCR test results, Imperial College also said that fully vaccinated people may be less likely than unvaccinated people to pass the virus on to others, because they tend to have a smaller viral load on average and were therefore likely to shed less of the virus.

The PCR test is more accurate than the home-based lateral flow test because it looks for evidence that the virus is currently within the body by detecting the presence of the virus’ genetic material.

"These findings confirm our previous data showing that both doses of a vaccine offer good protection against getting infected," said Professor Paul Elliott, director of the REACT programme from Imperial’s School of Public Health.

"However, we can also see that there is still a risk of infection, as no vaccine is 100 per cent effective, and we know that some double vaccinated people can still become ill from the virus," he warned.

Imperial said 100 per cent of all positive samples in this research round were of the Delta variant of the virus, known to be more infectious than the previous Alpha iteration of the disease.

Highest infections among the young

The study also found that the highest infection rates were found in young people aged 13 to 24 years at 1.56 per cent, while the lowest were in people aged above 75 years at 0.17 per cent.

Women had a lower risk of testing positive than men at 0.55 per cent compared to 0.71 per cent.

In the previous research round between May 20 and June 7, the Delta strain was found in nearly 80 per cent of positive tests, the remaining being Alpha.

"The Delta variant is known to be highly infectious, and as a result we can see from our data and others’ that breakthrough infections are happening in fully vaccinated people," said Steven Riley, Professor of Infectious Disease Dynamics at Imperial.

"We need to better understand how infectious fully vaccinated people who become infected are, as this will help to better predict the situation in the coming months, and our findings are contributing to a more comprehensive picture of this".

Can I get a seat on the train? Google Maps crowding predictions expand

Electric versus solar: Why your next car could run on solar energy

Europe's carmakers are switching to electric. Here's when it'll happen

Could '15-minute cities' change how we live, work and socialise?