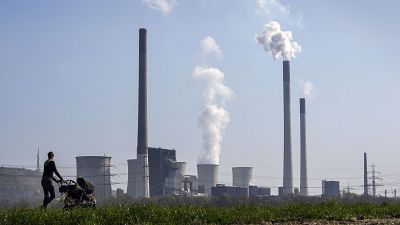 The latest climate update from the World Meteorological Organisation (WMO) puts the planet on the brink of irreversible global warming.

Average global temperatures have a 50:50 chance of temporarily reaching 1.5°C above pre-industrial levels during at least one of the next five years, say experts. The likelihood of reaching this warming threshold, therefore increasing the risk of climate-related disasters, is only increasing over time

The report from the WMO uses expertise from internationally acclaimed climate scientists and the world’s best prediction systems to produce information that policymakers can use.

The 1.5°C figure is not some random statistic.

“This study shows – with a high level of scientific skill – that we are getting measurably closer to temporarily reaching the lower target of the Paris Agreement on Climate Change,” explains WMO secretary-general Professor Petteri Taalas.

“The 1.5°C figure is not some random statistic. It is rather an indicator of the point at which climate impacts will become increasingly harmful for people and indeed the entire planet.”

Can we still limit global warming to 1.5°C?

Average global temperatures are thought to have been around 1.1°C above the pre-industrial baseline in 2021. The risk of climate-related disasters for humans and nature will be higher if this rises to 1.5°C.

But the climate risks at 1.5°Care still lower than they would be if we reach 2°C meaning limiting warming should be a priority whatever the global average.

Lead author of the report Dr Leon Hermanson also explains that a single year above 1.5°C doesn’t mean we’ve permanently breached the iconic Paris Agreement threshold. It does, however, reveal we are “edging ever closer” to a situation where it could become the norm.

Released in April, the IPCC’s latest landmark report on climate change said that to stay within 1.5°C of global warming by 2030, global greenhouse gas emissions needed to drop by 43 per cent. To avoid the worst effects of climate change, emissions need to be halved.

“We are at a crossroads. The decisions we make now can secure a liveable future. We have the tools and know-how required to limit warming,” IPCC Chair Hoesung Lee said at the time.

We’re not yet on track to keep global warming below dangerous levels, the IPCC report said. But, with cheaper renewable energy, action from polluting industries and other strong climate commitments, it's not too late to stop the worst of the climate crisis.

“For as long as we continue to emit greenhouse gases,” says Professor Taalas, “ temperatures will continue to rise.”

How can cities better prepare for the extreme heatwaves in Europe?